You came this way: Home > Curator: Peppermill Records > El Hajin > 2999: Out Of The Unknown 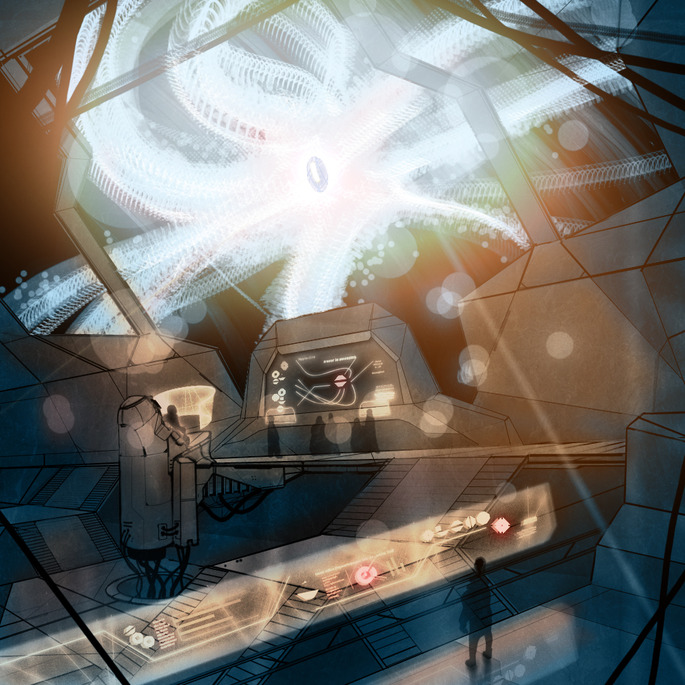 For more than 300 years, humans explored space outside of the solar system. Planets have been colonized, science has reached a status where nearly everything is explainable.

This was the truth until 2999, when a new region in space was discovered. Lacking the presence of stars or material, this anomaly was simply called "the gap". It was surrounded by a thick nebular, which wouldn't allow any ship to scan it. Every ship or probe which engaged this area would never return.

Humans decided to build a permanent outpost at a respectful distance from the gap. In April 2999, the crew of the outpost sent a message which said, some strange vessel, which no one of the crew had ever seen, was heading straight towards the station. This was the last transmission from this outpost. The Vessel came out of "the gap". Out of the Unknown.

2999: Out Of The Unknown by El Hajin is licensed under a Attribution-NonCommercial-NoDerivatives (aka Music Sharing) 3.0 International License.

The Peppermill (free!)
So far 0 comments about this album. Add your 10 cents!