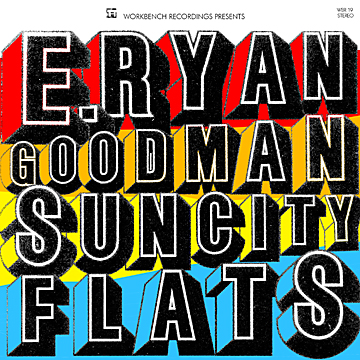 Listening to free improvisation -- and that's "free" as in "without constraints" rather than "less-than-cheap" -- is a difficult proposition for many. Daunting. Impenetrable. Off-putting. Icky. Well it doesn't have to be. I mean, I won't twist your arm: dislike it if you must. But some free improv can be quite beautiful, and even when not beautiful, it can be thought-provoking and otherwise stimulating.

Free improvisation is both the most natural and primal form of musical expression and also a music of high discipline and concentration, depending, for the ratio, on the player. It is a practice of improvising music without recourse to pre-written melody, harmony or rhythm. In the most extreme examples, it's a music purposefully outside all musical tradition, often called "non-idiomatic" improvisation. My own improvisation practice -- and I believe Ryan's too -- is more pan-idiomatic (a term coined by guitarist Jim McAuley.)

For most folks it is an "extreme" listening experience. I suspect that improv is most enjoyed by those who have listened to a lot of music, and are looking for something very different; something that doesn't play by the usual rules. That was how I got into it -- I set out to find the most out-there, unconventional guitar music there was. I wanted to know what creativity sounded like outside the firelight circle of tradition. I found Derek Bailey, Roger Smith, Joe Morris and Jim McAuley, among others, and I got what I needed.

The special thing about free improvisation is that you can hear the player navigate the split-second bends of thinking, feeling and acting. You can hear ideas pursued, weighed, and abandoned. How does she handle the inevitable dead-ends? Does she repeat material? From how far back? How does her memory work? You never know what might happen. Sometimes the music is peaceful and meditative, sometimes quite agitated. And sometimes it's crap and sometimes it's brilliant.

You might have guessed by now that this week's track, E. Ryan Goodman's "Sun City Flats", is a free improvisation. There are other examples on the site, such as "Blimp", "Goodmorning Junction" and "Quiver", but there hasn't been anything written about the practice so far. So I asked Ryan if he'd be kind enough to answer some questions about "Sun City Flats", hoping we could provide a modest entree into free improvisation for the uninitiated.

WBR: Ryan, you've played different kinds of music, like rock and fingerstyle guitar -- what do you get out of the experience of free improvisation that you don't get otherwise?

ERG: I enjoy its honesty. Its immediacy and directness is also special to me. Without the slightest thought of melody I pick up my guitar, play, and there it is. The material is not preconceived; it's what my ears like to hear and how I make that sound on the guitar. To some extent it is technique, but I also like to think of it as happenstance within the stream-of-consciousness.

WBR: You also listen to many different kinds of music. What do you get from listening to a free improvisation recording or concert?

ERG: I get affected on many levels. I find that solo improvised guitar, or any instrument, is an intimate insight into the player and their life experience. In that musical communication between player and listener we get to know something about the artist. It's a thing that words cannot define; it's otherworldly.

WBR: In your opinion, what makes a free improvisation good or bad?

ERG: For me there always has to be that aesthetic beauty in any music. Players that give notes and chords room to breathe and compliment one another are the players I want to hear. I don't think there is a "bad" improvised piece, only maybe poor choices and ugly notes.

WBR: Can you tell me a little about what your intentions were when you went into this recording session, what the sessions were like, and how you feel about the results?

ERG: The funny thing with this session is that I didn't think a lot about it before we started recording, which is out of character for me. I had a few compositions down and I knew I was going to play some improvisations, but that was it. I wish I had thought more about the session in advance, but I was very pleased with the tracks we ended up with in a short time, some of which will be on my upcoming album (probably early 2010). This was the first time I recorded in a proper studio and it was a nice experience. Josh is an old friend and a great engineer to work with. He was very thoughtful and patient the entire day we recorded.

WBR: Let's say you're introducing this track to a website visitor who generally doesn't listen to improv. Is there anything you could say to help him get the most out of the listening experience? Could you provide some insight into what you listen for in improv? Do you think that context can increase someone's enjoyment of a style of music they're not used to? Or is it best to just "let the music speak for itself"?

ERG: I'd say, be open. What is the artist saying? I'd add that this is another artistic way to communicate, just like writing or visual art. I wouldn't disclose anything else though; the music should always speak for itself. You either get what the artist is saying or you don't. Every person has an artistic voice. If you wish to share that voice, then you can do it in any medium you like. I feel that every listener is going to come away with their own experience when they listen to an improvised track from any given artist. Just try to be open to it cause you never know what you're going to get. 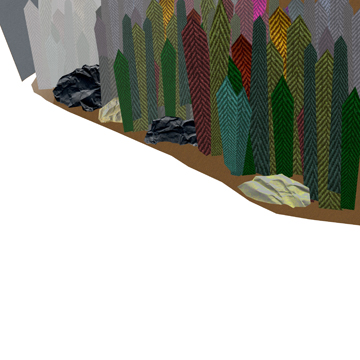 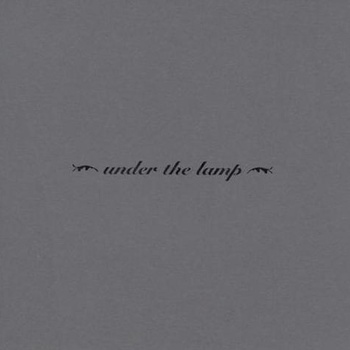 Sun City Flats by E. Ryan Goodman is licensed under a Attribution-Noncommercial-Share Alike 3.0 United States License.
So far 0 comments about this album. Add your 10 cents!