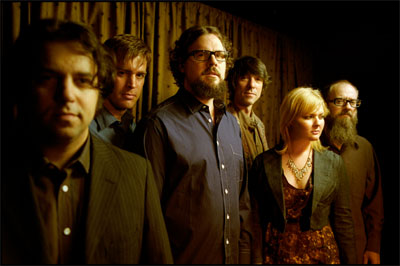 It seems simplest to understand Patterson Hood as the director and/or producer of low-budget films, which is maybe what he thought he was doing when this all started. Each is released in record album form under the name Drive-By Truckers and features a closely held assortment of friends and combatants.
Ten of those, so far, going back to 1998's Gangstabilly, plus two more under Hood's own name, have delighted the critics and enthralled fans. Each release filled with carefully told, fiercely rendered short subjects. Cinematic songs. Not Ed Wood films, by the way. More... well, did you see John McNaughton's Henry: Portrait of a Serial Killer? Or, perhaps better, their friend Ray McKinnon's short, The Accountant?

The new one, the one we're meant to enjoy just now, is called The Big To-Do and ushers in a new relationship with ATO. And it offers up the curious, abiding peace which only great rock can still bring.
Which is not to say that Hood and his long-time fellow-travelers - Mike Cooley (vocals and guitars), along with Brad Morgan (drums), Shonna Tucker (vocals and bass), John Neff (extra guitars, as if there could be such a thing), Jay Gonzalez (keyboards) and studio facilitator David Barbe - travel only on the darkest side of the street. But they do know the road tolerably well.
Well-traveled, they have become a family band: Patterson has a new son, and a daughter; Cooley (nobody calls him Mike) has a trio of little ones, both men betraying more optimism than their songs might hint at. They took most of 2009 off from the road, in part because there was a child on the way and in part because Patterson ended up finishing their last tour on the sidelines with pleurisy. Dog sick. Way worse than hungover.

Somewhat to their surprise they've stumbled into a stable ensemble - not that the Truckers have been anything like Savoy Brown - which confuses even Patterson. "I've loved all the different line-ups, at various times," he says with genuine affection. "They've all had their special things they've done. But this time it seems like our possibilities go a lot further, because there's no drama, no bullshit, and everyone seems really glad to be there all the time. Which is a nice thing. And we really just work well together."
Well, it is suggested, it's about time.
"Yeah, no kidding. That Alabama thing, man."
You have to grow out of doing everything through conflict, right?
"Yeah, no kidding. And... I fortunately don't feel like I have to get divorced again to write a decent song. Thank god."

The Big To-Do was recorded in three concentrated sessions during the first part of 2009: ten days in January, five days in March, ten days in May. That added up to 25 songs, a dozen of which sequenced into The Big To-Do. "We had it mixed, mastered, and completely done, and Cooley wrote the best song that just needed to be on it," Patterson says with his raspy chuckle. This happens a lot with the Truckers, and it's always a good sign. "So we went back in and recorded, mixed, and mastered 'Birthday Boy' pretty much in one fell swoop." Thirteen songs, then.

The balance of the remaining tracks, plus five more they've cut in the interim, will make up the Truckers' next album, which Patterson projects as a quieter affair. This is, in large part, possible because the Truckers have such a long-standing relationship with David Barbe (ex-Sugar, etc.) and the Athens, GA, studio he calls Chase Park Transduction, which long ago Patterson helped to build so as to earn the right to record there.

"It's gotten to where, that day of set-up time to get sounds and levels and all of that takes us about two hours," Patterson says. "We can pretty much walk in the door, and we know exactly where to put everything to get that sound, so that's just one less thing to have to think about. I wanted to eliminate the distractions."

That clarity of purpose translates into a delicious assortment of Trucker songs themed loosely around crime and (self-) punishment. "The Wig He Made Her Wear," Patterson says, is both a true story (as seen on Court TV) and the closest he's come to making the movie he started out to make a decade or more back. "The Fourth Night of My Drinking" will speak for itself, and "This Fucking Job" (paired thematically with Cooley's wry "Get Downtown") is arguably the most political song the Truckers have made since "Living Bubba." Which leaves the deceptive, airy simplicity of Shonna Tucker's "You Got Another" and "(It's gonna Be) I Told You So" to reckon with. "We always knew she had that in her," Patterson says, delighted with the emergence of another strong songwriter in the band. "It was never a secret. She was writing songs all along. But watching it come out has been a really amazing thing to behold."

Off the road, incidentally, didn't mean out of work. First off, there was the matter of cutting an instrumental album with the legendary Booker T, having previously served as the backing band to the equally legendary soul singer, Bettye Lavette. Potato Hole turned out all right, got a Grammy nod, and Neil Young added his touches separately even though it's pretty much a Truckers effort. But it's what they learned making Potato Hole that counts most.

"I think doing the Booker album really, really paid off a lot on the musical end of this record, even though stylistically it might not sound anything like that record," says Patterson, and then tells the story.

"We made that record in four days, and that included the first day when it was, 'Booker, it's wonderful to meet you!' Maybe the third song we tracked just wasn't going the way he wanted it to go. We weren't quite understanding what he wanted. We were playing it right, but it wasn't right. All the sudden he just stopped the session. He gathered us around, and he told us a story about a Thanksgiving dinner, and the way it smelt in the house, he'd been on the road a long time, and they were all in -- cousins and aunts he hadn't seen in several years. He said, 'It's just a day where nothing happens, but it's all really good.'

"And we sat down and we played it, and we nailed it. It was like a revelation. We're a lyric-driven band, and our songs generally paint scenes and tell stories based on scenes. He instinctively knew that was how we operated. And I think it taught us a lot about how we operated. Going in and making this record, I could tell a real difference in the way the songs hold up musically. We put a little more care into that side of it than I think we ever did before because of what we learned from him."

As for the movie Patterson started writing all those years ago, well, he's no closer to being done with it. "That might just be part of the drive to the songs I'm writing," he admits. And brightens. "I placed a couple of songs in a movie that just came out, shot outside of Knoxville, called That Evening Sun. It's Hal Holbrook's new film, produced by Ray McKinnon."

And then he's off again, headed home to see his family and wondering if maybe Tom T. Hall needs a backing band. It's a beautiful thing to behold. 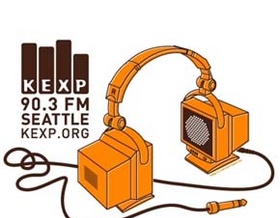