The Eeling by Disco Missile 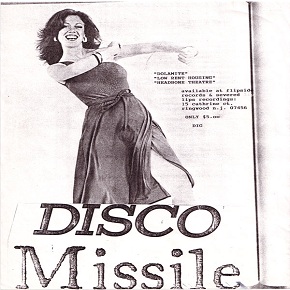 An introduction to the Music of DISCO MISSILE.  These recordings range from 1993-1995 and consist of the most accessible and memorable moments the bad produced.  Most of what the band recorded was a hot mess, these tracks are the most tightly wound sugar coated bits in the lot and the 'lot' consists of 7 full length recordings and 2 E.P.s.  The Selections here come from the Moon EP, Vinegar Eel,         Terpene Chloral Hydrate CV, Micro Cosmic Audio Distortions and The Infamous Suicide Kit.  Look upon this arrangement of recordings as the gateway drug into the wild and fuzzy world of Disco Missile.

The Eeling by Disco Missile is licensed under a Attribution-NonCommercial-NoDerivatives (aka Music Sharing) 3.0 International License.
For more permissions:
contact artist