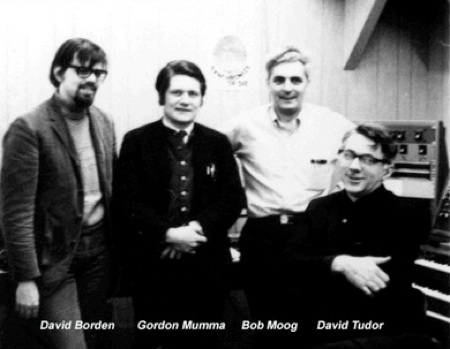 Mother Mallard's Portable Masterpiece Company, formed in 1969 by David Borden, was the world's first synthesizer ensemble, predating groups like Tonto's Expanding Head Band and Tangerine Dream. David Borden was in close contact with Dr. Robert Moog and was one of the first musicians to use his Minimoog. After recruiting Steve Drews and Linda Fisher to operate additional synthesizers, the group began playing concerts of minimalist music by Terry Riley, Steve Reich, and Philip Glass. They began recording their first self-titled album in 1970, but it would not be released until 1973 by Earthquack Records. Their second album, Like a Duck to Water, was released in 1976. Borden and Mother Mallard continue performing Borden's recent and older music. See http://mothermallard.com for current Mother Mallard info. 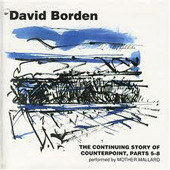 The Continuing Story of Counterpoint

The Continuing Story of Counterpoint Part 8 (09:36)

The Continuing Story of Counterpoint