Today, I Will by Darkstorm & Diabolik 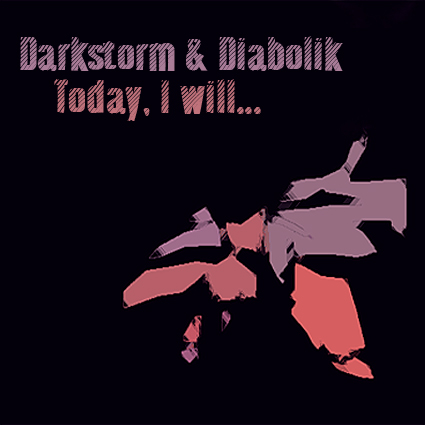 Today, I Will is a new collaboration bringing together the production talents of Bad Taste veteran Darkstorm and new addition to the camp Diabolik (not to be confused with the American MC!) It's the first in a string of releases they've got planned and follows the well-received Diabolik mixtapes unleashed upon the world by Planet Terror Records not long ago.

The perfect soundtrack to smoked-out Sunday blunt sessions, the album nods its head to the saunter of Dangerdoom, the jazzier end of Freddie Joachim's productions and the astral swing of AFTA-1. Soulful, smooth and understated, this is definitely the soundtrack to lazy days and lazier nights.

This is a joint release between Bad Taste & Planet Terror.

» VIEW ALL“Today, I Will” Fans

Today, I Will by Darkstorm & Diabolik is licensed under a Attribution-NonCommercial-ShareAlike 3.0 International License.