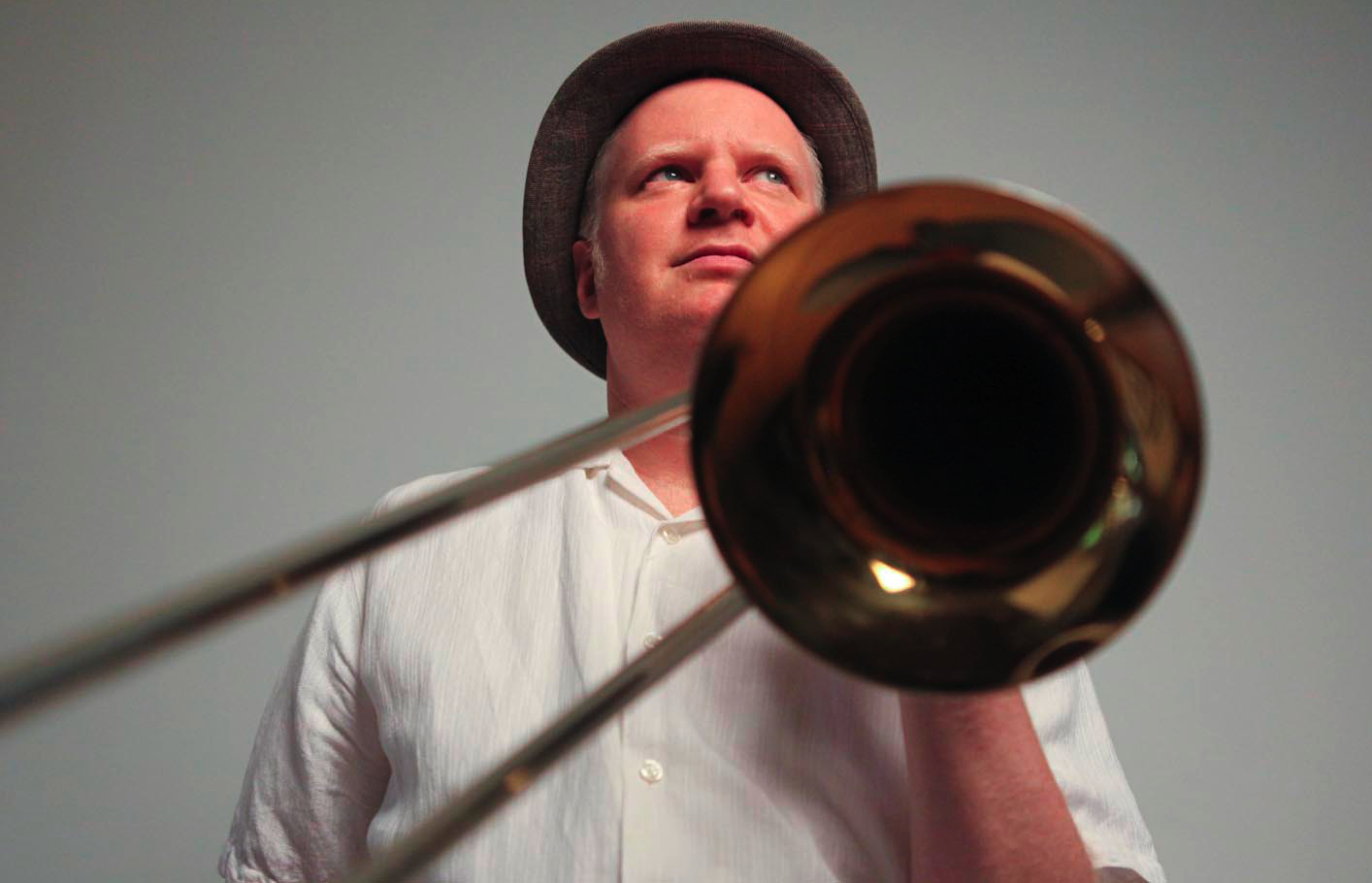 The title of the piece is “Number Stations”, named after an odd phenomena of shortwave radio in which, since World War I, radio stations appear on-air sporadically and broadcast sequences of numbers.  It is widely believed that these broadcasts are coded messages created by various intelligence agencies around the world (especially Russia, Germany, England, the U.S.A. and Cuba) for agents abroad.  Some of the broadcasts begin with a piece of music, usually some sort of traditional folk song relating to the country broadcasting, and then a voice launches into the numbers, usually read in groups of five digits. Governments deny any knowledge of this and there are alternate theories to what these number stations are but the fact remains that they still exist and remain active.

The project was composed for my current band, the New Mellow Edwards, a quartet consisting of myself on trombone, Chris Speed on tenor saxophone and clarinet, Trevor Dunn on the acoustic bass and Ches Smith on drums and percussion.  I lead another ensemble called Decoupage that is also a quartet and features myself, Matt Moran on vibes, Mary Halvorson on guitar and Satoshi Takieshi on percussion.  For this piece, I am combining the two groups into a very unique and close knit septet.

In this piece, each musician becomes a “number station.” The composed material serves as a sort of headquarters that, via both written material and improvisational directions, manipulates the players into forming alliances both clandestinely and openly. One of the pieces actually pits the New Mellow Edwards against Decoupage (they are playing the same song in different meters and keys at points simultaneously) and involves various bandmembers defecting to the other side. The titles of the pieces are (fictitious) decoded instructions to agents and include such titles as "FIrst Bus To Bismarck", "Tux Is Traitor" and "Green Dress, Maryland Welcome Center, 95NB".

The idea that we are defined by numbers in contemporary society (i.e. our social security numbers, phone numbers, bank account numbers, etc.) is an underlying theme. I am very influenced by films and film music and this instrumentation brings to mind many classic film noir soundtracks, which serve as an inspiring leaping-off point for a piece based on the “espionage underworld.”

Number Stations has been made possible with support from Chamber Music America's 2010 New Jazz Works: Commissioning and Ensemble Development program funded through the generosity of the Doris Duke Charitable Foundation.

Green Dress, Maryland Welcome Center, 95NB (feat. New Mellow Edwards) by Curtis Hasselbring is licensed under a Attribution-NonCommercial-NoDerivatives (aka Music Sharing) 3.0 International License.
Permissions beyond the scope of this license may be available at http://curha.com/shop2010.html or contact artist via email.