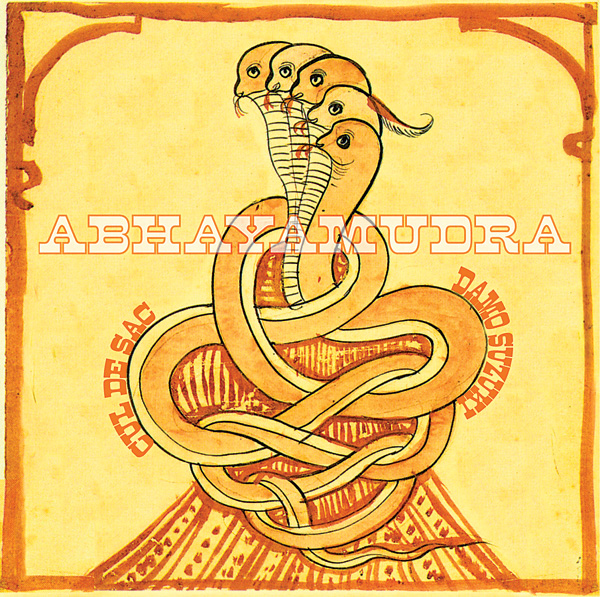 » LOG IN TO TAG
CURATOR:
Released:November 2nd, 2004
GENRE:
Length:00:03:55
Label:Strange Attractors Audio House
Boston's instrumental innovators Cul de Sac teamed up with infamous ex-Can vocalist Damo Suzuki for a tour of the US and Europe in 2002 and 2003, respectively. A pairing for the ages to be sure, for very few others than Cul de Sac operate in the heady and rhythmic sphere as Can did - a perfect modern-day backdrop for Suzuki's free associating vocal approach. Abhayamudra represents what Cul de Sac and Damo Suzuki consider to be the best moments of the 45 dates they played together - nearly 138 minutes of stunning psychedelic avant mayhem, performed live and entirely on the spot.