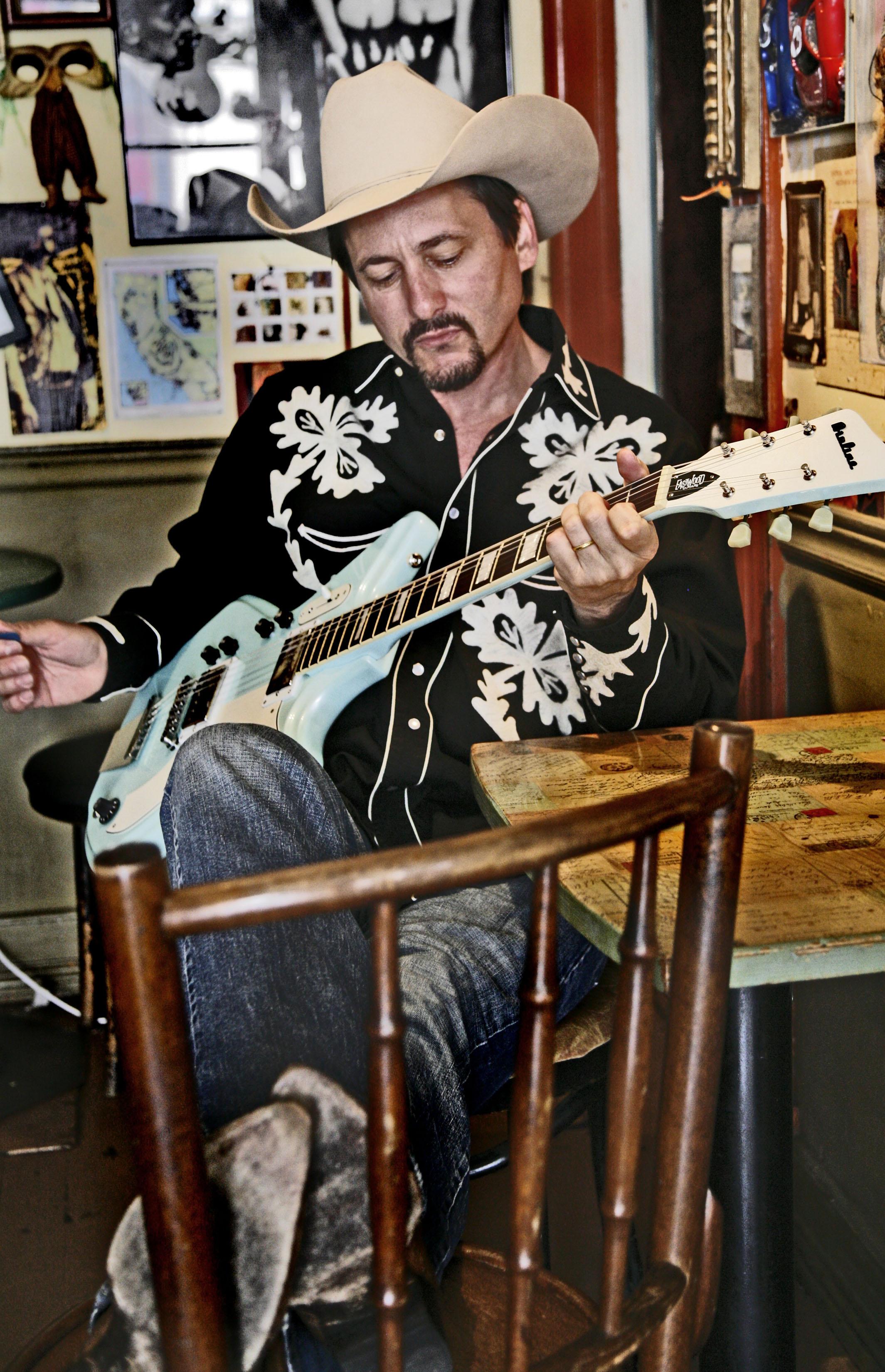 What is un Cuban Cowboy?
A berry good question. The Cuban Cowboy is not a tipico cowboy in the mold of a cheesy-quesoso Hollywood Western. Horses? He has none. His bovine encounters are limited to the meat aisle. He (or she) sleeps on a mattress, rides a subway train, and owns no rifle. The Cuban Cowboy is a breed apart--a hy-breed. The tools of his trade are a musical instrument, a silvery tongue and a pair of twitchy hips. He is the bastard love-child of Ricky Ricardo and Tom Waits, Elvis eats azucar.

The musical estilo of The Cuban Cowboys is as itinerant as the elusive creatures who spawn it. A capricious mixture of tradition and revolt, it features tasty rhythmitos of Montuno and Guajira served up under swooning surf guitar and dark post-punk power chords. An occasional hillbilly root thrown in the pot not only justifies the wearing of cowboy hats, but also makes an excellent garnish.

Today the band is busy wreaking havoc on cultural assumptions and rocking their culos off along both U.S. coasts: spreading the word, playing the tunes, and promoting the traditional Cuban values of Ritmo, Amor, y el Consumption of Pork Products. The Cuban Cowboys may not know joo yet, but already they burn with lob for joo...