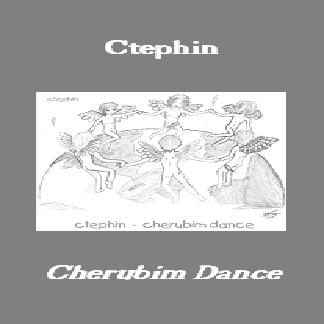 Fresh from their superb split ‘The Harrowing Of Irem’ with Nimheil on Svartgalgh Records, here Ctephin is again with some truly captivating new material!

Ctephin is a found-sound/ambient/noise group from Oklahoma. They were formed in 2003 by the core family group of StF, Aedria and Kaylan Bright. Their music is influenced by the sounds of their surroundings and the pure amount of energy that their core puts out. StF spent most of his youth in the Oakland, CA experimental noise scene working with the groups A Limbic System and The Non-Whites. An extremely prolific band, Ctephin has released over 30 albums and collaborated with a number of artists including Big City Orchestra, Rabbit Girls, GX Jupitter-Larsen, The Gray Field Recordings, Kenji Siratori and Ghoul Detail. Aedria was a featured artist on the Ubuibi compilation ‘Women Take Back the Noise’ which also featured other great artists such as Cosey Fanni Tutti and Nina Pixie.

"Let us go unto the holy mountain, and enflame ourselves in prayer..."