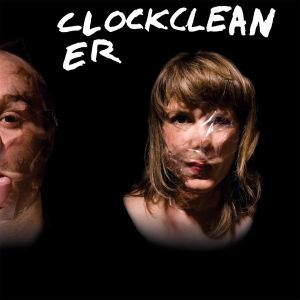 Loud and ugly brawl rock hailing from the City of Brotherly Love. Clockcleaner is a three piece mixing a hateful stew of wiry hard rock suitable for beating friends and family. This is the band's second full length. (-via LoadRecords.com)

Babylon Rules by Clockcleaner is licensed under a Attribution-NonCommercial-ShareAlike 3.0 International License.

Load Records
So far 0 comments about this album. Add your 10 cents!

The Japanese word bukimi goes some way toward accounting for the anticipatory dread that can creep insidiously into the lives of we otherwise sensible workaday souls. Meaning roughly ‘weird,’ but connoting ‘ghastly,’ ‘ghoulish,’ ‘eerie,’ and so on, the word was, per Robert J. Lifton’s 1967 book Death in Life: The Survivors of Hiroshima, rather ubiquitous in the recollections of those who had escaped that terrible event. Though the city’s inhabitants couldn’t literally have foreseen the imminent devastation or the form it’d take, they nonetheless may have been united in an uncannily inexplicable sense that said something was coming. Some vague opening of their perceptual space allowed for the distinct psychic likelihood of an event unprecedented, even in wartime. It was a sense afforded both by outward observation (as citizens of Hiroshima had eyed their city’s relative paucity of bombings with increasing anxiety as the rest of the country was bombarded) and deeper forebodings, ones less rational and more intuitive. The psychic space had, somehow or other, been cleared for unnamable catastrophe, and, in retrospect, this bukimi stands out.

Certainly it is wildly callous to relate something so impossibly awful to the emergence and disbandment of an antic-fuelled punk band. Look, I know. Still, as the whole point of music is to give expression to those universes of feeling which can’t be related in any other wise, to offer the opportunity to exalt therein, to transport one there so fully, well, it seems equally irresponsible to deny a band particularly gifted at crafting just such a universe of premonitory uncanny their rightful share of credit. To that end I submit: our conditional psychic space was cleared for CLOCKCLEANER. We allowed it to exist. Now we must live with the results.

The shock legend is well-documented elsewhere: a first LP provocatively titled Nevermind, onstage/merch table/sound engineer misadventures that’d make any of our mothers cry, lyrics that marry the sensibilities of David Yow with those of, uh, El Duce, venue bans and angry fans (check out the message on their myspace), the whole bit. But amidst all that, there’s the gnarly, heavy-bass-surfing-squeal-and-arpeggio-replete skull rock that indefatigably persists, impossibly trashed, impossibly evocative, impossibly powerful in the face of the outcry. Indeed, even now that Clockcleaner’s super-secret farewell show has come and gone, their psychical imprint still tickles the raw nerves of hard-rock revivalists, GG Allin acolytes (dig their NSFW "Die When You Die" cover), and Homostupids/Pissed Jeansters the underground over.

The band’s 2007 Load Records swansong Babylon Rules casts a long crooked shadow and, yeah, rules. Their raucous live set on Brian Turner’s show captures their inimitable sound and interpersonal unpleasantness in handy time-capsule form. These are, however, just retrospective traces to guide our intuition. The devastation has come and gone, but the eerie miasma remains, there to proffer examination, exaltation, and perhaps an uncanny premonition of what’s to come.