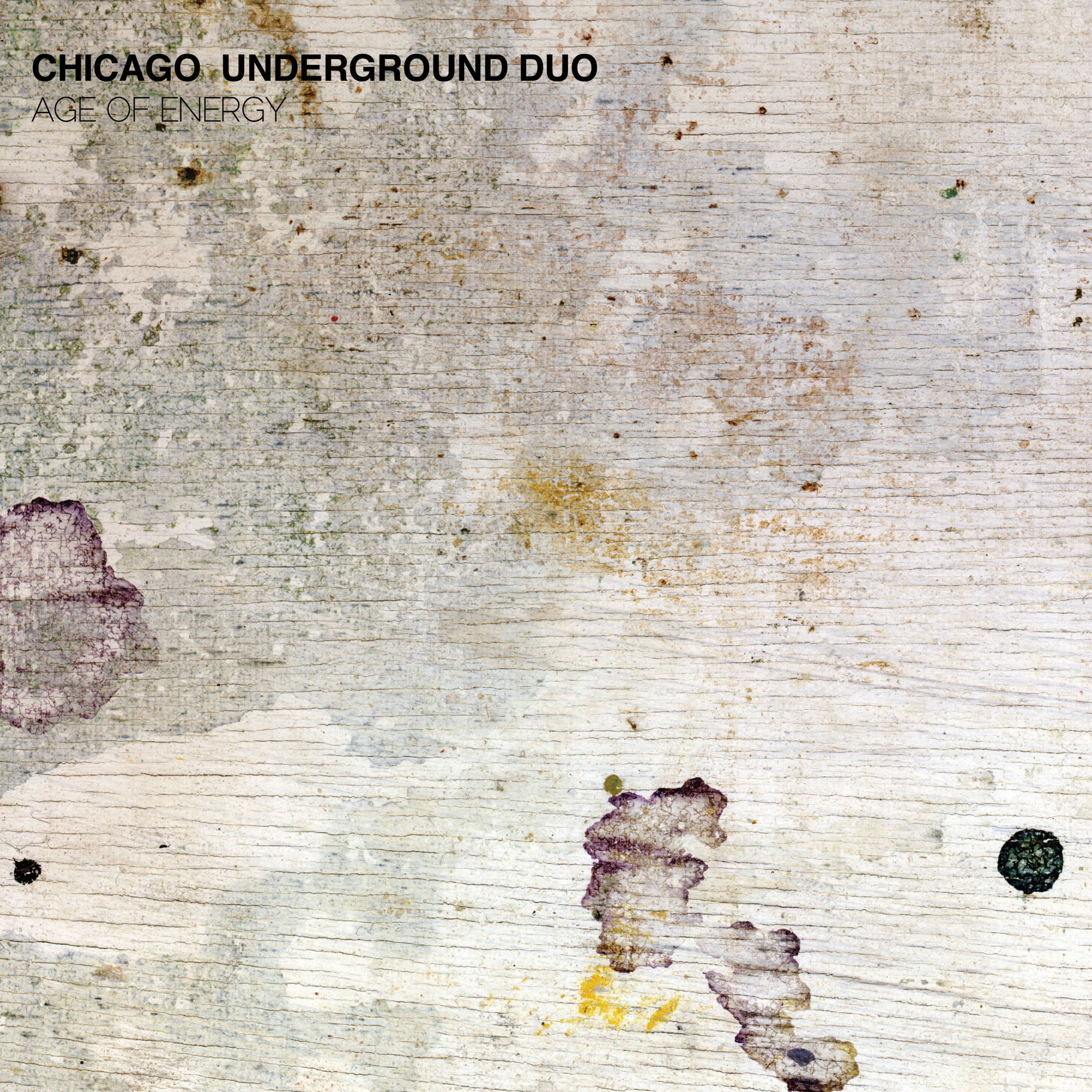 This year marks a milestone for the Chicago Underground Duo.  It is their 15th year together as a band. In celebration of this momentous occasion they have released a new record on a brand new label.

Age of Energy is Chad Taylor and Rob Mazurek's sixth release as Chicago Underground Duo and the eleventh release in the Chicago Underground catalog. Finding time to get back in the studio was a challenge, as Rob has been touring with his trio Starlicker, The Sao Paulo Underground and the Exploding Star Orchestra and Chad with the Marc Ribot Trio, Side A (Ken Vandermark, Havaard Wiik) and Digital Primitives. The heavenly bodies even deigned to interrupt their plans to record, raining baseball-sized hailstones down like a plague upon the sessions. And yet, the Duo persevered against the cosmos to complete the new record over 4 days in Chicago with Todd Carter (TV Pow).

Developed during 2009 when the duo toured the east and west coasts, most of the material on the record was recorded live with very few overdubs.   Thematically, Age of Energy is concerned with the balance between controlled and uncontrolled experiences. Computers, keyboards and drum machines pulse alongside ancient instruments like the African Mbira. ‘Winds and Sweeping Pines’ opens with Chad and Rob playing synthesizers and electronics, gradually as the piece develops, Chad switches to drums and Rob switches to cornet and they improvise over a blistering bass vamp in classic Chicago Underground Duo style. ‘It's Alright’ is a piece making extensive use of electroacoustics, starting with a drone which incorporates extreme high and low frequencies. The electronics are overdriven with results of both known and unknown nature. ‘Castle In Your Heart’ is based on a traditional Shona song from Zimbabwe and constitutes the only  acoustic composition. ‘Age of Energy’  alternates between a 21/8 and a 12/8 rhythmic cycle over a dissonant pedal point.  This track was also recorded live in the studio, without any overdubs.