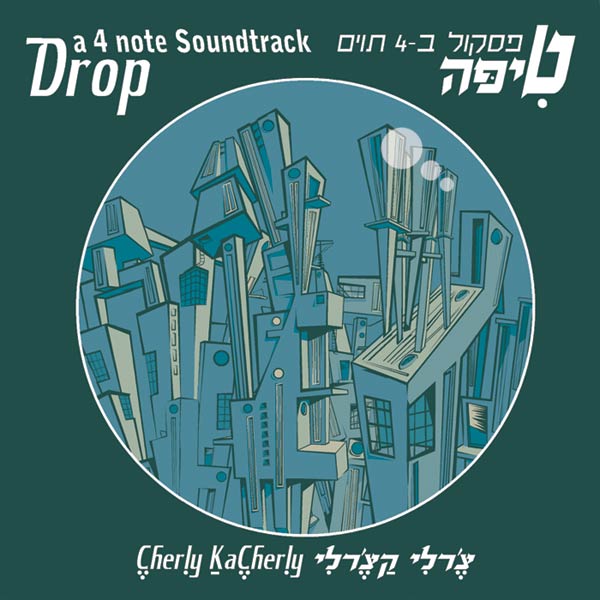 "The album tells a story about a relationship that takes place underwater in 15 scenes. The album's main theme moves up and down a 4 note scale, a limit which is taken in order to capture the main character's obsession and create an underwater feel. In spite of the album's limit and maybe due to it, the album manages to transport the listener through a variety of worlds. From floating guitar sounds to wooden percussion and from aggressive wind instruments to apocalyptic ambient."

A minimal, spooky, submerged vibe drifts through this entire record out of Tel Aviv. Ghosty traces of electronica, of rock bands, of Kraftwerk float in and out. There certainly is an "underwater feel." Moody and weird, with long mistranslated song titles apparently generated through text-to-speech.

Check out some of Cherly KaCherly's other releases, including this one, which also doubles as a board game, somehow.

Misadventure of a Meaty Machine

Drop a 4 note Soundtrack by Cherly KaCherly is licensed under a Attribution-NonCommercial-ShareAlike 3.0 International License.

Bandcamp
So far 1 comments about this album. Add your 10 cents!