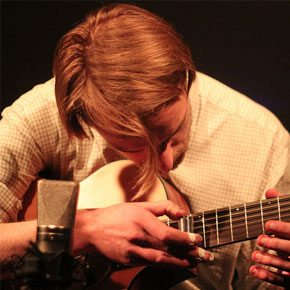 Cam Deas is a London based 12 string guitarist exploring the post-Takoma terrain through extended part-improvised, part-composed works. His last solo double full length, Quadtych, released on his own Present Time Exercises imprint, was called 'a major UK guitar statement' by David Keenan/Volcanic Tongue and 'a quantum step forward after a decade of Fahey acolytion' by Keith Fullerton Whitman. He has toured Europe extensively over the past few years with around 80 concerts in 2011 alone and has been seen to collaborate live and in the studio with the likes of Chie Mukai, Steffen Basho-Junghans, Ignatz, Jack Allett, C. Joynes, and Belgian free jazz group, Sheldon Siegel among others. 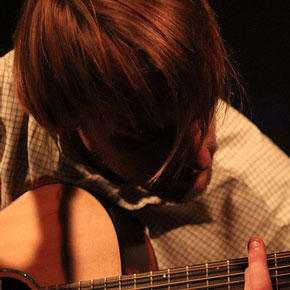 Quadtych Parts I, II and III, Live at Cafe Oto

Quadtych Parts I, II and III, Live at Cafe Oto