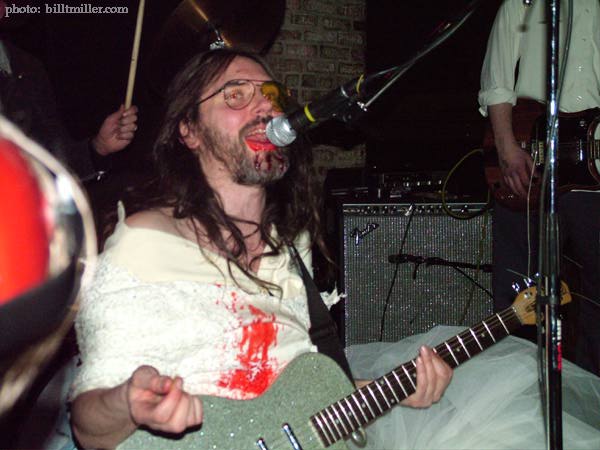 The Bunnybrains have provided such amazing memories for me since the early 90's: seeing them all burst into tears during a set at Under Acme while my friends consoled them and took up instruments, holding Dan Bunny's baby at a WFMU benefit at the Westbeth Theater while the band played an hour longer than the theater's personnel were being paid to be around for (performing in front of a screen showing dog porn films nonetheless,  the Westbeth owners were thrilled about that needless to say), Dan breaking my borrowed guitar when my band played with them at the Cooler while their smoke machine belched so much smoke upstairs and out the door to 14th street that the NYFD came, and stayed to watch the set. But maybe the greatest moment was them opening for Hawkwind (!) at Coney Island High. The tiny place already had half the floor taken up by Hawkwind's tons of laser show/light gear, and was also overstuffed with psychedelic hermits just coming out of their homes for the first time since 1977. Many of them dosed, not a good idea during the Bunnybrains' set, lots of people were abusing the 'brains verbally for their ensuing "bad trips" and I saw at least 4 of 'em drop to the floor. Whoa.