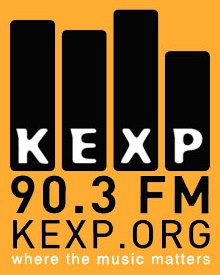 Alabama Shakes: A rock band from Athens, Georgia that formed in 2009. Their music has noticeable soul, blues, and R&B influences.

Banner Pilot: A pop-punk band from Minneapolis. Their music is in the vein of bands like Screeching Weasel, Jawbreaker, and Hot Water Music.

BAYB: BAYB, short for Bad Ass Yellow Boyz, is a hip hop group out of Seattle.

Blouse: This Portland, Oregon band is based out of a warehouse, where they record most of their material. They have released records on Captured Tracks and Sub Pop.

Boogat: Boogat is a French Canadian Spanish vocalist. He was nominated the JUNO awards (with the Roberto Lopez Project) and plays at many international music festivals.

Brett Nelson: Built To Spill guitarist and Caustic Resin frontman Brett Netson's 2010 solo effort "Simple Work For The Dead" is a dense and dark set of politically charged atmospheric rock. Brett and his band join KEXP for a session featuring songs from the record.

Doomtree: This indie hip hop collective is based in Minneapolis. Their music is strongly influenced by punk rock.

The Family Crest: An orchestral indie collective hailing from San Francisco, their sound is a blend of rock, classical, jazz, and folk.

Fitz & The Trantrums: An American soul and indie pop band from LA. In addition to keyboard, bass guitar, drums and percussion, they occassionally use saxophones, flutes, trumpets, and harmonicas.

Fujiya & Miyagi: This English band out of Brighton plays a blend of krautrock and electronic music. This should appeal to fans of Aphex Twin as much as Neu! or Can.

Orkestar Zirkonium: a Balkan-inspired band based in Seattle.

Say Hi: A Seattle based indie rock band. Originally known as Say Hi to Your Mom, their early work included a concept album about vampires.

The Walkabouts: A Seattle rock band formed in 1984. Their sound is a blend of country, folk, and classic rock.

Zoe Muth: A Seattle based singer-songwriter. A mix of folk, country, and americana.