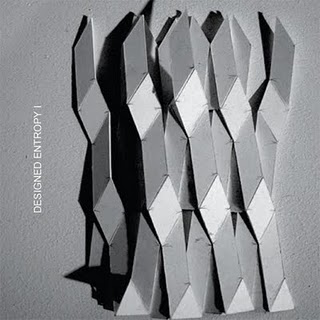 Bomarr, a.k.a. Matt Valerio, is a self-made man of many hats: beatmaker, remixer, DJ, compilation curator and video artist; one-third of hip-hop, psych-rap Restiform Bodies on Anticon, one-half of Bat Rays, and one-whole nice guy raised in New England, now living in the New Wild West. As a child, he was living-room-renowned for a mean Casio cover of Lionel Richie; these days he’s best loved for a different sound. Call it punk ’n’ fuzz electro-hop, or synth-heavy bass-favoring hypno-bounce, or just dirty digital fresh—Bomarr’s style is inimitably his.

Bomarr’s been putting his vast obscure video collection to use as well, composing music/film collage for exhibition and release (see 2003’s Surface Sincerity DVD). And as if all that wasn’t enough, he’s been working with the Sneakmove label on their 7-inch “Minicomp” series, contributing to the 365 Days Project (a celebrated found music blog), and DJing S.F. clubs. Despite his early love of the spotlight, Bomarr gets nervous before going on stage; yet despite that, he loves improv. He and Passage operate a punk-dance party band called Bat Rays, and in 2005, Bomarr and TJJ released their freewheeling electronic experiment Live at Chapel of the Chimes. With the Bat Rays, Bomarr has shared the stage with the Arcade Fire, Unicorns, Kid606, Animal Collective, Hrvatski, Cex, Métal Urbain, Grand Buffet, Barry Andrews (Shriekback), the ECC and various members and friends of Anticon. He also remixed tracks for folks like Grizzly Bear, Tunng, Midstates, Of Montreal, Alan Astor, Sole, Bleubird and Cars and Trains.

“Exchanges among systems” is a rarity and it comes from this limited 7″ vinyl release called “Designed Entropy 1” on Gold Robot Records.

Read more about this record at Bad Panda Records.

Bad Panda #57 by Bomarr is licensed under a Attribution-NonCommercial-ShareAlike 3.0 International License.
So far 0 comments about this album. Add your 10 cents!