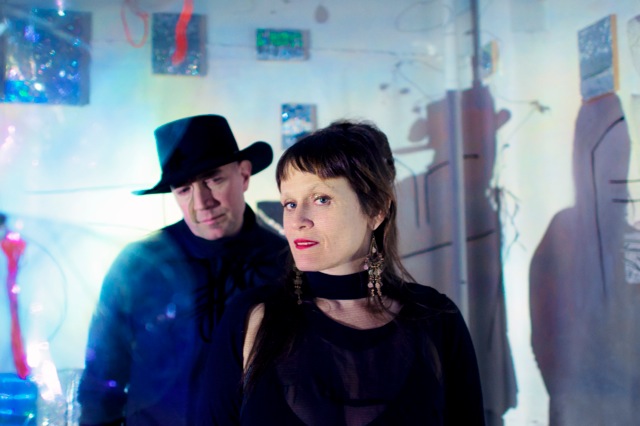 WFMU and the Free Music Archive challenged songwriters everywhere to unseat “Happy Birthday to You” from its cultural throne by composing possible replacements.

Since 2009, Black Lake (comprised of Susan Jennings and Slink Moss) has collaborated to produce over a dozen multi-media art installations with video art, music and spoken word performances including “Flutter” (2012)  "Gray Rainbow" (2011), “Snow” (2011), "Bloom" (2011) "Seek" (2010) "Toasting the Trees" (2009). They have installed and performed in art venues such as The RISD Art Museum, Freight+Volume Gallery, David Nolan Gallery, X-Initiative, the Elizabeth Foundation for the Arts and The Wooly (hosted by Invisible-Exports and BOMB Magazine.

David Brody writes in a BOMB Magazine review of their first vinyl release “http://blacklake.bandcamp.com/ A multi-media art and music performance at Freight+Volume in NYC launched this new work.

Black Lake received a residency during the summer of 2012 at DNA Gallery in Provincetown, MA.

In various configurations, Slink Moss and Susan Jennings are occasionally joined by David Humphrey on acoustic bass, Susannah Palmer on drums and Jesse Gammage on soundboard in the recording studio as well as in live performance.

Slink Moss plays guitar and percussion and is the lead vocalist for Black Lake.  He is also a painter, filmmaker, performance artist and rock musician. His two bands, ‘Slink Moss and the Flying Aces’ and ‘Slink Moss Orchestra’ have released five CDs and have performed extensively in Chicago and New York City at venues such as Webster Hall NYC, The Vic and The Metro of Chicago and across America on several tours.  As a performance artist he has shown at PS1, D’Amelio Terras Gallery and Performa 2009. He has written songs, which have appeared in major motion pictures and on MTV. Moss’s films have been screened at Anthology Film Archives (NYC), in San Francisco, Japan, Spain and France. A film he starred in, ‘Ghost Trip’ by Bill Morrison, has been screened at the Museum of Modern Art. Moss has developed soundtracks for numerous films including most recently Pip Chodorov's film entitled "Free Radicals." A graduate from the School of the Art Institute of Chicago in 1996, Moss was awarded a year long World Views Studio Residency at the World Trade Center, NYC in 1999.

Susan Jennings plays guitar as well as her hand made sculptural instruments for Black Lake. Jennings is also a New York-based fine artist whose video, sculpture, and photography has been exhibited internationally.  Her solo shows include venues such as Michael Steinberg Fine Art, White Columns, g-module (Paris), and a shipping container at the DIVA Art Fair at Miami-Basel.  Her work has been included in group shows in venues such as Salon 94, White Columns, Pace Gallery, Mitchell Innes Nash, Baumgartner Gallery, Ronald Feldman Gallery, Sotheby’s, Miami Basel, Artemis Greenberg Van Doren Gallery, and  more. Reviewed in publications such as “The New York Times.” “The Wall Street Journal,” “The New Yorker,” “Modern Painters,” and “Time Out,” Jennings’ work has received acclaim by critics such as Holland Cotter, Ken Johnson and Andrea Scott. A graduate of Yale and Hunter College, Jennings is the recipient of various awards including a Louis Comfort Tiffany Fellowship, an Art Production Fund 'Artists at Giverny' Fellowship and Residency, a fellowship at the MacDowell Art Colony, and is currently a studio resident at the Elizabeth Foundation for the Arts.