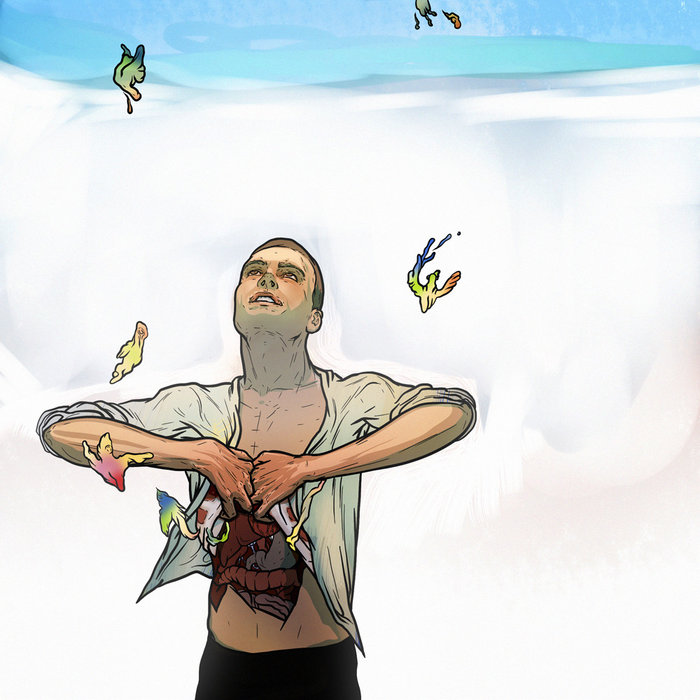 Bisamråtta’s self-titled LP (VULP-0048) follows up his solo EP released last year on Vulpiano Records. Bisamråtta (Vlad Luchansky, Russia) has a style that is subtle and sweet in the ambient caresses and static that travel in and out of your ear while listening…Some songs are more floating and difficult to grasp, though no less pleasing, than others: for example, the transition between the pleasantly drifting opener “Lunga Blockera” and the more rhythmically driven “Hud Uppfatta” is striking.

Electronics, atmospheric noise and sung or spoken snippets, and guitar are all used to great effect onBisamråtta. Luchansky has here crafted another beautiful work that rings loud — and, importantly soft — of the natural world, the body (note the song titles and cover art, and emotion.

Download or stream on Internet Archive, Bandcamp, or Soundcloud below. The Bandcamp version allows you to pay-what-you-want and the Soundcloud version is non-downloadable and contains the tape cassette version of the mix, including specially crossfaded tracks and a little bonus.

Lunga Blockera by Bisamråtta is licensed under a Creative Commons Attribution-NonCommercial-NoDerivatives 4.0 License.