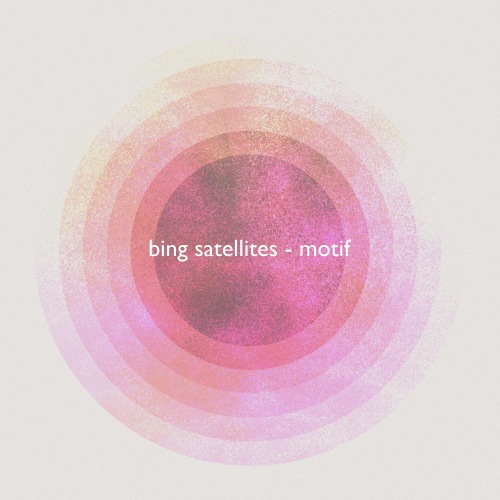 Also available on CD from bingsatellites.bandcamp.com

Live music is a wonderful thing!

During February and March 2013, I started rehearsing for my first public concert as Bing Satellites.

I've performed live before but always as part of a band or what-have-you, or in the comfort of my home studio with lots of synths, guitars and other instruments close at hand.

However, for these rehearsals, I tried to have as minimal a set up as possible -
small enough to transport to gig venues but with the flexibility to produce a wide range of sounds.

In the end, I settled on laptop and mixer, a small keyboard and my smallest guitar and I set these up in my living room, separate from the rest of my musical equipment.

The result was an inspired and productive few weeks. I improvised and recorded hours and hours of new music, some of which you can hear on this and other albums.

Although, all of this music was improvised, it appears I unknowingly started a few pieces with the same three notes (or variations on those three notes).

I collected these pieces together on this album. Motif seemed a fitting name.

Motif Five by Bing Satellites is licensed under a Attribution-NonCommercial-ShareAlike 3.0 International License.