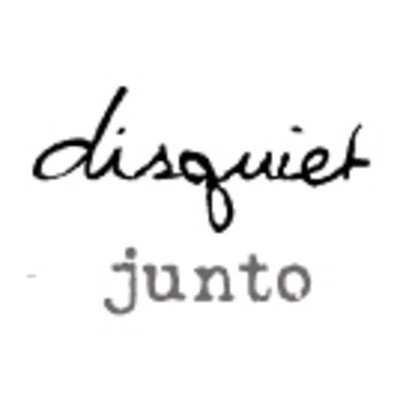 Two remixes with mechanical intent made from soundscapes from retail spaces

Two soundscapes from a retail space.

This is a sampler of the 1500+ tracks submitted to the Disquiet Junto thus far, curated by Marc Weidenbaum of Disquiet.com. FMA Interview 11/24/2012.

From Disquiet.com: The Disquiet Junto is an ongoing weekly collaborative music-making space from Disquiet.com in which restraints are used as a springboard for creativity. It's housed at soundcloud.com. Subscribe to the announcement list at tinyletter.com/disquiet-junto.

These are the weekly projects to date: 1: ice cubes • 2: duet for foghorn and steam whistle • 3: expanded glass harp • 4: remixing Marcus Fischer • 5: adding sounds to everyday life • 6: remixing archival Edison cylinders • 7: create through subtraction • 8: rework Benjamin Franklin's autobiography • 9: cross-species collaboration • 10: remix a previous Junto track • 11: everyday mechanical rhythms • 12: cut and paste • 13: remixing wild Up playing Shostakovich • 14: sonic version of Matt Madden's Oubapo story • 15: aural RGB • 16: sandpaper and dice • 17: transition between field and composed • 18: relative prominence • 19: graphic score (photo by Yojiro Imasaka) • 20: use the NodeBeat app • 21: the four seasons • 22: sonic decay • 23: palindrone • 24: a suite of sonic alerts • 25: remixing project 24 • 26: making music from your trash • 27: turm the instruction text into sound • 28: remix a netlabel release • 29: music from water, inspired by William Gibson's Count Zero • 30: sounds from silence • 31: Revisiting a 1955 Yoko Ono Fluxus piece • 32: sonify the 2012 U.S. presidential election polling data • 33: making music with a turntable but without vinyl • 34: Use the theme song of the Radius broadcast as the source of an original composition • 35: Make music from a sample page of Beck's Song Reader sheet music • 36: Reworking Bach into abstract expressionism • 37: The sound of commerce • 38: Make a fake field recording • 39: Combine three tracks from the Nowaki netlabel into one • 40: Turn a Kenneth Kirschner duet into a trio • 41: Dirty minimalism • 42: Record a "naive melody" with your oldest and newest instruments • 43: Make mechanical roars from the sound of a retail space • 44: Transition from storm to calm using field recordings from Sandy 2012 • 45: Combine material from the public domain adventures of Sherlock Holmes and Tom Sawyer • 46: Investigate a recording of the voting process for its "sonic fingerprint." • 47: Turn the muffled voices of a distant party into the foundation of a recording.

Description
I realize that this recording really stretches the notion of "retail" but in the process of thinking about this week's assignment I wanted to go ahead and post it anyway. Even if it won't get selected for inclusion in the exhibition later this year, it sparked an idea for a project that perhaps others would be interested in. Here was my thought process: commuting costs are paid for at retail and the buses in DC have equipment which allows user to purchase/add value to their transit cards (tap card, press button to add value, add currency, press button to confirm value added, tap card to sync value, tap card again to deduct fare for the ride you are taking). That process in and of itself has a rhythm/pattern which would be fun to capture. But, what really interested me the most was the way in which different drivers actually drive - everyone has their own unique style, a sort of "driving fingerprint" if you will. Some have a consistent pace while others have spurts of rapid acceleration and others still tend to tap the breaks/speed up in erratic ways. So, I wanted to capture the "driving fingerprint" of one of the drivers on a section of my morning commute. There are relatively few clicks/beeps of the fare machine (apparently I was sitting too far away from it) but you can clearly hear the pattern in the engine rev'ing up/slowing down over the course of the last few minutes on my ride. This got me thinking - the buses in DC also have geo-tracking data that is open-source and accesible to anyone knowledgeable enough. I kind of want to do more of these sonic "driving fingerprints" throughout the city and collect them/map them. Maybe others in their own cities would find this interesting. Who knows. Making cities safer through art? At any rate, I really appreciate your time if you read this far and/or listened to my bizarre recording. Thanks everyone! ---- This Disquiet Junto project was done in association with the exhibit As Real As It Gets, organized by Rob Walker at the gallery Apex Art in Manhattan (November 15 - December 22, 2012): http://apexart.org/exhibitions/walker.php/ More on this 37th Disquiet Junto project at: http://disquiet.com/2012/09/13/disquiet0037-asrealasitgets1/
Instrumental
Yes
Bit Rate
320000
Genres
Field Recordings, Ambient
» LOG IN TO TAG