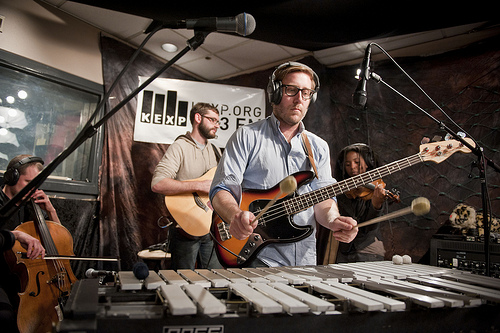 The band self-released their first album, self-titled Balmorhea, in April 2007, and their second album Rivers Arms in February 2008, and released a limited EP in the fall of 2008. The group released their third full-length album, All is Wild, All is Silent on Western Vinyl Records. Their fourth full-length album, Constellations, was released in February 2010 on Western Vinyl. Balmorhea has toured the US three times, their latest with Japanese post-rock band Mono, and began their fourth European tour in Fall 2010.

They also played the Austin City Limits Festival in October 2010 and were called "a classy, perfectly played way to ease into the ACL Fest’s second day." The band is currently touring to promote their latest album.