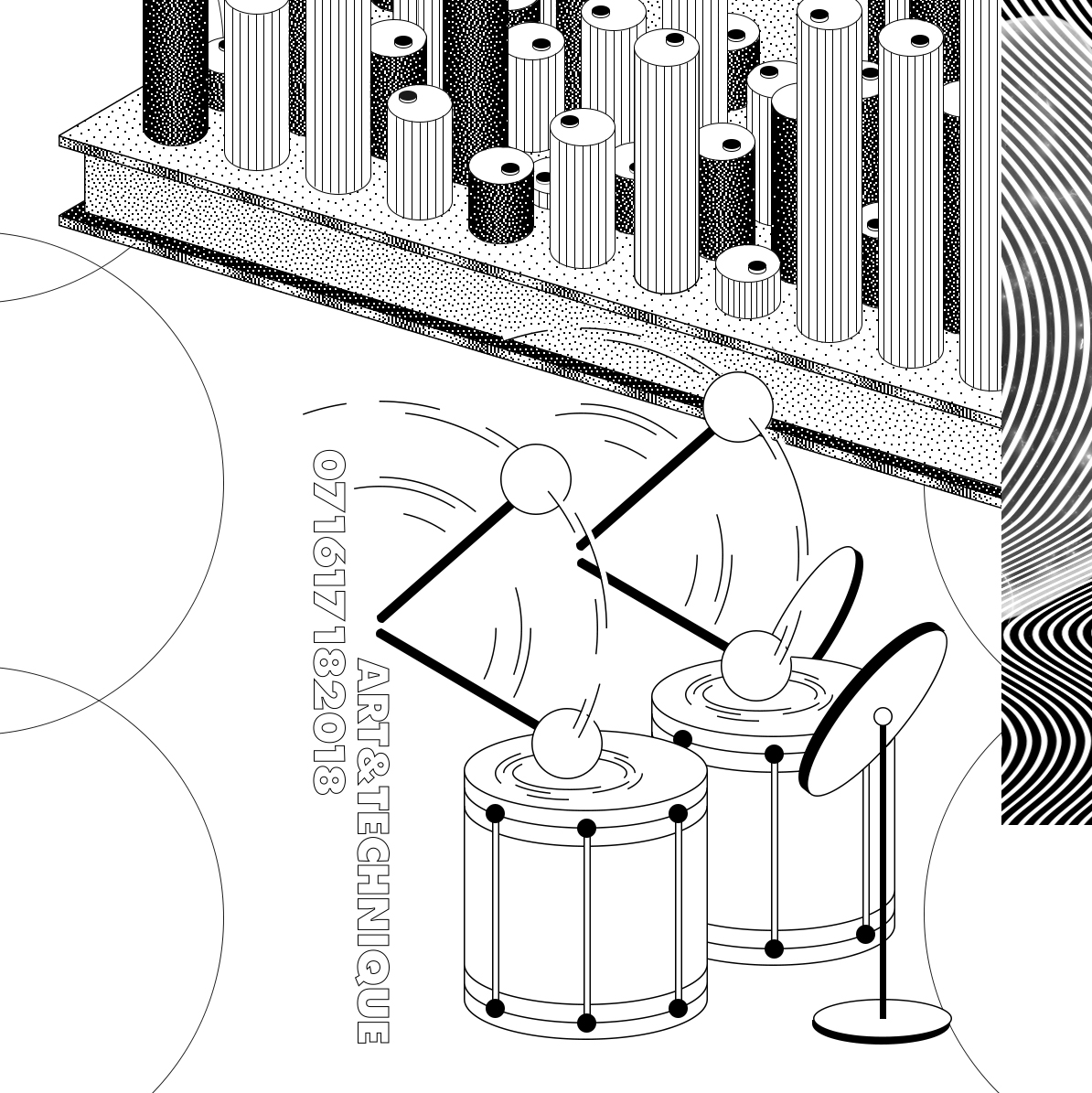 For its 39th release, Da ! Heard It Records gives birth to a new alchemy. As an emblematic figure of the French alternative scene of the 70s and 80s, Bernard Filipetti has been heating up his analog synthesizers’ circuits within the band Camizole along with Dominique Grimaud, and with his solo project Art & Technique. Raw, industrial, and without concession, Bernard’s recordings of that time resonate among those of a new generation of mavericks, whom he discovers with enthusiasm at the heart of the Parisian musical network of Rue des Gardes. He then surrounds himself with Mathieu Habig, the energetic drummer of Guili Guili Goulag and Spoliature, to fire up his machines during the Merguez Electroniques festival in June 2017. This memorable concert is the origin of the present cassette, born from the spontaneous invitation of the Da ! Heard It label and the arrival of Ravi Shardja, (GOL Couloir Gang) into this new formula. For three days, after strategically placing mics and ventilators in an overheated cave in Porte de la Villette, the formation of varying geometry cans nearly 12 hours of material in July 2018. From these largely improvised sessions arise unpublished sonorous structures, marked by the canicular atmosphere of the place.A true celebration of the alloy of complementary personalities, the saturated cloths gradually ignite the speakers to reveal the sustained play of Mathieu Habig. Synthetic volutes briefly appear and melt into these long compact shores, as if shaped directly in the material. In two of the four tracks on the album, Ravi Shardja’s bass brings in a krautock flow to add to these stretched out compositions, extended and forged compulsively in the heat of this underground studio. Reminiscent of the various sonorous strata machined at the forefront of this percussive assembly, the sleeve that accompanies this production was conceived with precision by Pia Mélissa Laroche. Inside, the magnetic tapes that capture the vivid energy of these sessions give a fair idea of their concerts and invite to a collective frenzy. Thirty years after its debut, Art & Technique reinvents itself with tribal rhythms, obstinate bass lines wrapped in a dense, psychedelic, and perpetually boiling electronic. 071617182018, the 39th release of Da ! Heard It Records is distributed under a Creative Commons BY_NC_ND license. The album is fully listenable and downloadable at the following address : https://www.daheardit-records.net/en/discography/dhr-39

J2.E Fine Tune By R.M.B by Art & Technique is licensed under a Creative Commons Attribution-NonCommercial-NoDerivatives 4.0 License.