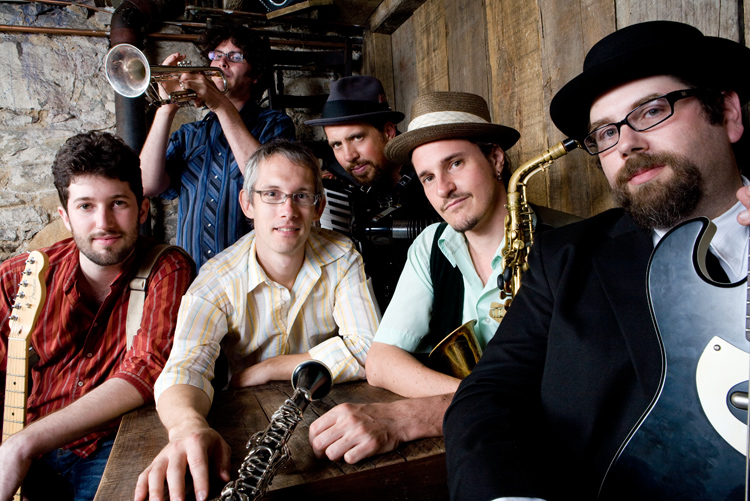 With song styles ranging from the heart-wrenching clarinet ‘miroloi’ of northern Greece to the funkier chocheci of the Serbian and Macedonian Roma (gypsies); from the oriental mystery of Turkish chalgi ensembles and Middle Eastern orchestras to the driving power of Bulgarian wedding bands and Klezmer kapelye, Ansambl Mastika’s music is rooted in the myriad styles of Eastern Europe, the Mediterranean basin and the Middle East. The ‘New Balkan Uproar’ of Ansambl Mastika is a joyful synthesis of these tumultuous sounds and irresistible grooves with jazz, funk, rock and other Western styles that captivates audiences on the dance floor, in the concert hall, and at the festival stage, leaving them breathless and clamoring for more. (via http://ansamblmastika.com/) 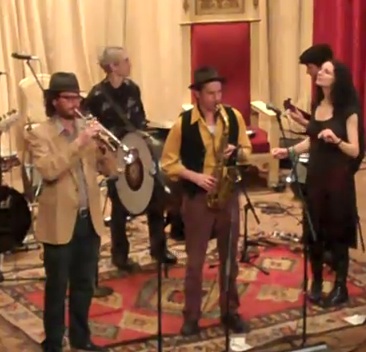