Watching The Fridge Defrost by Alvaro 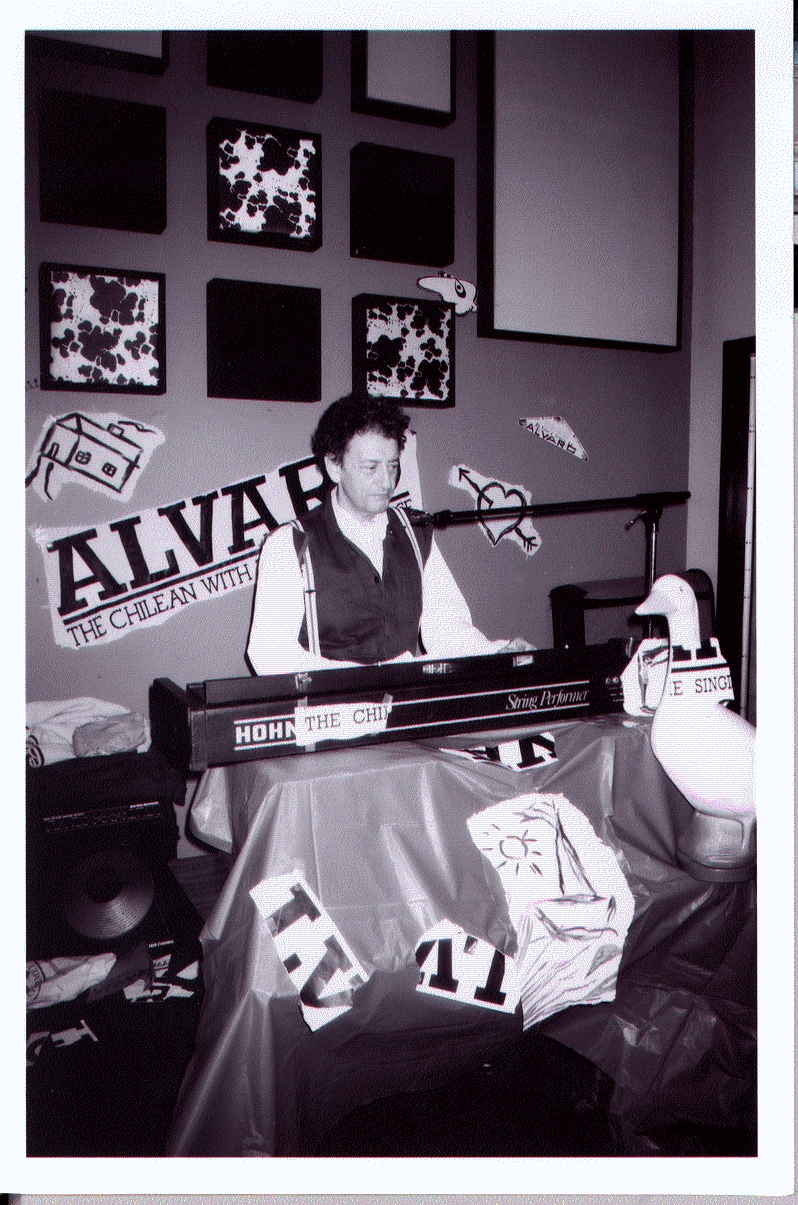 Chilean singer/songwriter composer Alvaro Pena-Rojas moved to London in the early 1970's and hooked up with pre-Clash Joe Strummer in the 101-ers, but then spent most of the punk and post-punk area sculpting an incredible catalog of 18 albums and singles, including one of the strangest albums of all time, 1977's "Drinking My Own Sperm". Alvaro's music is uncompromising and passionate, blending everything from Eno-esque, yet distinctly Latin-tinged pop experimentalism to piano composition to radical folk poetry. His unique approach to the flute on some of his records has also saddled him with the tag "The Chilean with the Singing Nose." He lives in Germany now, but visits WFMU today in a rare New York appearance. Alvaro's recordings, discography, and stories can be found at his website, www.don-alvaro.net, or write Alvaro Pena-Rojas, Zahringerplatz 4, 78464 Konstanz, West Germany. -Brian Turner

Watching The Fridge Defrost by Alvaro is licensed under a Attribution-Noncommercial-No Derivative Works 3.0 United States License.