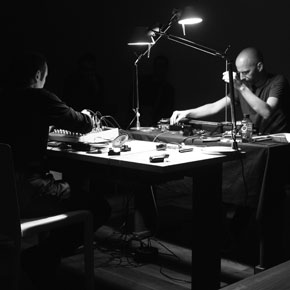 He studied sculpture/multimedia at the fine art school in Paris with Christian Boltanski. In 1992, he moved to Barcelona. Since then, his work stands somewhere between visual arts, visual poetry and sound. His installations and sound pieces, all of a low-fi character, have in common an interest for unstable processes, where the manipulation of objects as instruments or instruments as objects has a strong phenomenological aspect.

Tim Olive has been writing about himself in the third person since the beginning of this century, when he left his minimal-prog-noise-rock band Nimrod, rejecting periodic rhythms and tempered pitch in favor of improvisation and open forms, exploring the full sonic posibilities of steel strings, magnetic pickups and simple analog electronics.

A Canadian residing in Osaka, Olive has CD releases on Japanese, European and North American labels, receiving positive reviews in Musicworks, Signal To Noise, The Sound Projector and The Wire magazines. Upcoming releases include recordings with Guerra and Oshiro, Costa-Monteiro, Brown, Mouri, and Babel. 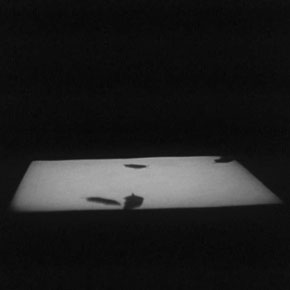 a theory of possible utterance

a theory of possible utterance