You came this way: Home > Curator: Excavated Shellac > A. Kevorkian 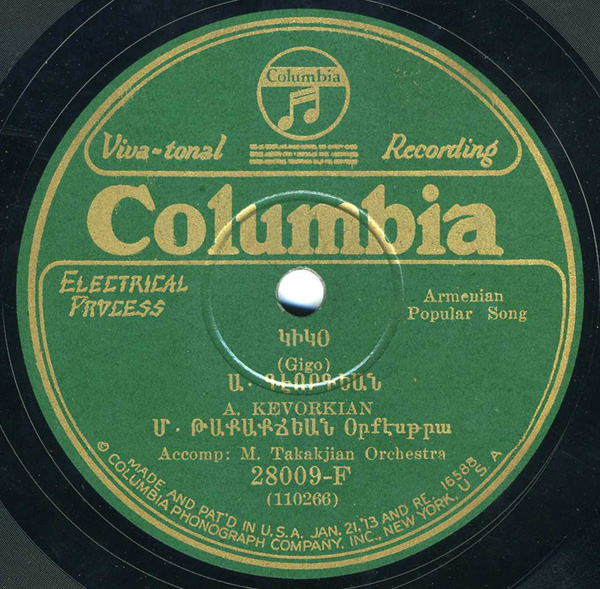 Another one of my personal favorites, thanks to the folks with foresight working for Columbia Records in the late 1920s, who managed to capture some of the greatest folk music by American immigrants (Ukrainian, Polish, Albanian, Armenian, Irish, etc.).

Mr. Kevorkian sang this track in January of 1929 in Los Angeles, and is accompanied by violin, oud, and Mesrob Takakjian on clarinet. Takakjian must have been well-known in the 1920s, as I’ve found his presence on several Armenian, New York City-based labels around that time. (Pharos records, in particular. Sohag was another short-lived label associated with Pharos.) Other recordings from this session were released by Columbia.

For more by A. Kevorkian and Mesrob Takakjian, again try The Secret Museum of Mankind, Vol. 5.