Higgins and Hillmer Go In On It! 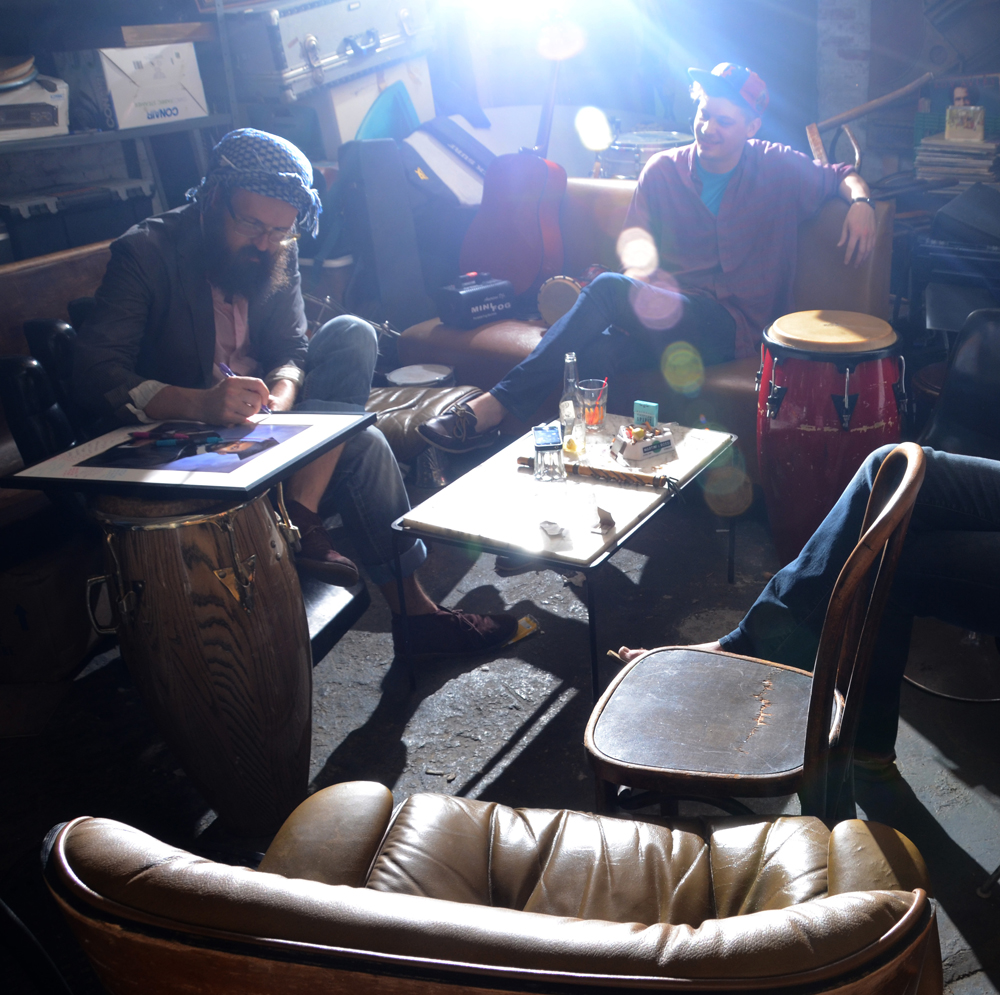 Sam Hillmer (saxophonist of ZS) and Patrick Higgins (composer, guitarist) discuss the roles of tradition and technology in their projects, Diamond Terrifier and Bachanalia.

Sam – can I fluff one of these?

[takes a cigarette;  they’ve been talking about musical foreground]

S – Yeah, yeah. That’s some spectral shit, where the sound of the sax is happening and then the electronics are happening, almost inside of the sax. And there is some loop work going on as well: that’s working towards embracing the MC model. 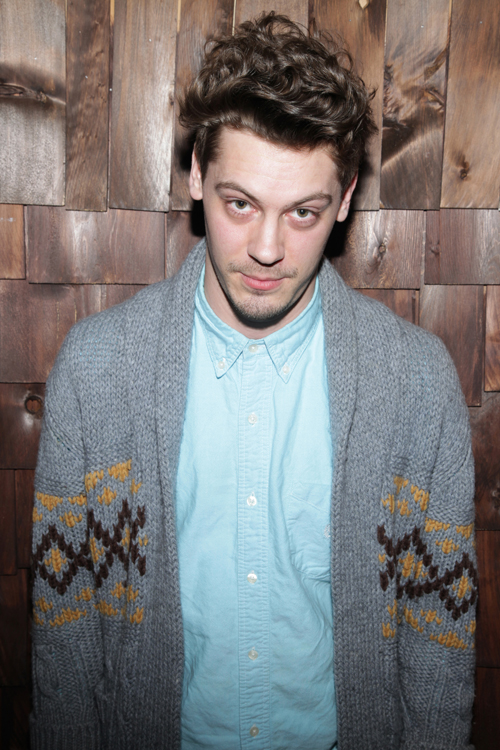 P -  That’s what I’m working on for Bachanalia, building loop tracks that are simple harmonic pedals, just one chord that floats, emerging beneath the performance so that the work played over it may or may not always agree with the pedal, but produces continuous moments of contrapuntal or harmonic tension. Not necessarily a part of the composition, but a result of the fact that you’re insisting on one chord underneath it the whole time.  So it provides a “backing track” but also disrupts the performance as the static harmony begins to disagree with the moving melodic line.

S- Yeah, I think that’s a cool quality, the quality of a backing track absorbing the function of the band.  In SOCA music or in dance hall music there’s a hip parallel there… hip, but thoroughly understated [laughs] between the way in which thoroughbass absorbed the tradition of polyphonic music.  In the Renaissance, when polyphony was the primary vehicle, the Florentine Camerata come along and knock that shit out with a foregrounded melody.  All of that which would have been executed by a polyphonic choir realization gets absorbed into a thoroughbass instrument.

P - So now it's like electronics conceived as the new thoroughbass model for solo performance.

S – That’s why it is hip to do that in Bachanalia, to have a backing track.  Bach is at the end of that trajectory.  Open modal polyphony getting codified through chanson into vertical organization and that vertical organization arriving in thoroughbass with the Camerata and Monte Verde and just ditching polyphony.  Suddenly cats were rolling with a lute player.  It used to be just like choir and no one is sure what the foreground and background is, then all of a sudden these cats nix that and role with a lute player. Singer…lute player. It has a similar vibe to the calypso, steel drum band shit to electronic rationalization of that sort of tradition, to soca singers going off with a backing track.  So to bring your Bachanalia project to this place, with Bach being at the end of that conversation where thoroughbass went, putting a backing track under that is some deep, spiral folding-in-on-itself shit.

P - The compositions I'm playing are written as these self-sufficient solo works that operate symphonically in the sense that even when Bach is composing for a single line, it’s always implying ornamentation and orchestration in a way that is not immediately present; there's always a suggestion of a harmonic basis, even if you're just hearing a single line.  So the electronics allow you to toy with that, shift that around, exploit that, undermine and amplify that.  There will be certain points where there's a whole line that is suggesting some kind of pedal point underneath but not present in the playing, so by allowing the electronics to provide a new note underneath, it is re-contextualizing something that is already suggested but isn't there.

S - Or providing something that it's not suggesting.

Hey all. This is Colin L. (USAISAMONSTER, CSC Funk Band, Bullroarer, MassDist) and this is what I’m doing…

I’m working on my 2012 album entitled COL. That’s taking up most of my time. I’m thinking about it and working on it a lot. Its all getting planned in my head. And all the moves are getting made. I’m handing it off in December. Gonna take that long.

But I’m also making another album, more like a cassette, but neither. I’m gonna mix these out there outtakes and side jams and whatever new recorded gems. Weirder, maybe more noisy, less focused, not COL, looser, random, more, but just plain fun jams. Whatever I want. Having fun with our Tac board and our studio. Sorta a song a month, on the side. Sorta another record. Its all exciting to me.

NSPY is gonna release these jams digitally, systematically, and periodically on the internet for free and for ya’ll.

NSPY NOTE: CLICK "READ MORE" BELOW FOR NOTES ON EACH TRACK!