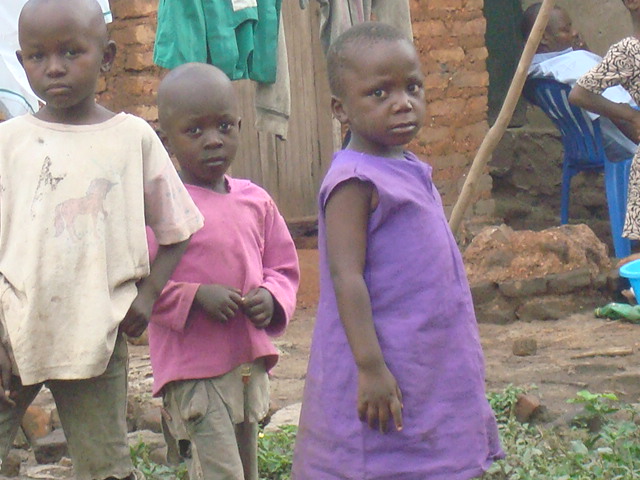 These tracks represent a variety of sounds found around the dusty SW Uganda town of Kasese, a place a short bike ride from Queen Elizabeth National Park and a Boda ride to the Rwenzori foothills. The two tracks by the 9 piece horn band were something I stumbled across as I was looking for my friend Dizzy D Padon's recording studio, where he also takes care of orphaned children who have seen some real horrors of war, abandonment and other rough times. The horn players, like many people in Uganda, deal with gospel sounds, but were really awesome. I'm sorry I didn't record more of them, as I never saw them again over the few days we spent in the town. The acoustic guitar track was written by the guitarist and principle singer, and played by two orphans outside Padon's studio. The 30 minute fiery, sloppy electric workout was cranked out one Friday evening by more of Padon's orphaned teenagers. They blasted the neighborhood until a power outage shut them down. There are some snippets of Sunday church in Kasese and, finally, a trio of drum and two inangas (one of many names the Ugandan harp goes by). The players are part of a troup based in Kidodo, a village outside of Kasese. Video of part of their performance can be found here. The photographs show members of the troupe doing some seriously awesome moves and lots of children, who gathered around for their performance.