Oceans of Sound by White Hills 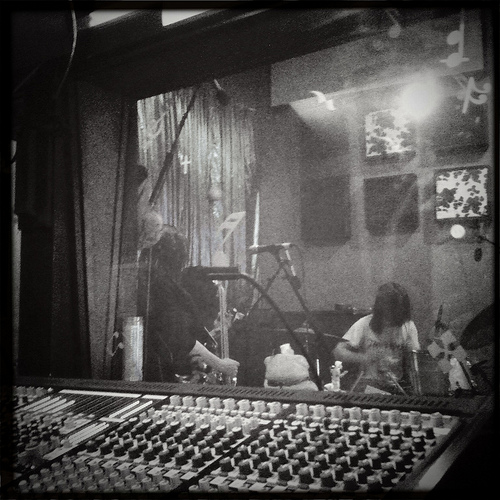 Brooklyn's White Hills is frequently tagged as "space rock," and that's a fair enough starting point. But the band then layers in enough interesting elements - most notably a killer raw rock guitar sound that one reviewer non-ironically calls "Stoogewind" - so that non-heads (such as, ahem, your host) remain enthralled during even the longest jams. We figured three years was enough time for everyone's eardrums to recover from their previous appearance, so we're excited to welcome White Hills back to WFMU. They have a new self-titled release out now on Thrill Jockey.

Oceans of Sound by White Hills is licensed under a Attribution-Noncommercial-No Derivative Works 3.0 United States License.