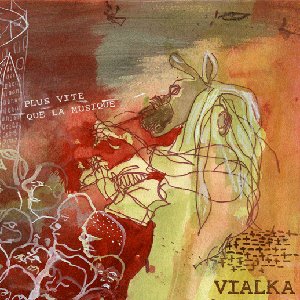 All songs composed and performed by Vialka, captured and transmogrified by Bob Drake at Studio Midi-Pyrénées in October 2006 and May 2007 (before and after the birth of Ildiko); with the exception of the introduction to Ménestrels, by Maman, recorded in Artux (Xinjiang) by Fausto Caceres. Vialka is Marylise Frecheville (percussion and voice) and Eric Boros (guitars, jaw harp and voice). Paintings by Colleen Kinsella and layout by Anne Gally.