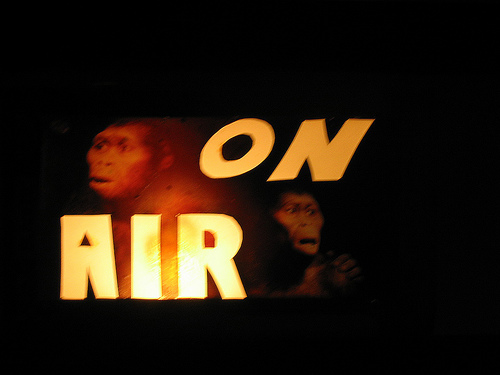 Still skronking after twenty-five years, Uz Jsme Doma stands second only to the Plastic People of the Universe in the inter-galactic rankings of legendary Czech bands. Recent years have seen them collaborating with The Residents and Sleepytime Gorilla Museum and gearing up for their 2,000th (!) show in 2011. If you have an itch for some joyous, fire-breathing prog from Prague, tune in as these multimedia mischief-makers return to WFMU for the first time since 1997.

They will be joined by all-female Czech stalwarts Zuby Nehty, which has also been wowing audiences since the 1980s. Fans of the Slits, the Raincoats, and Essential Logic, please take note!

Kapka (Droplet) by Už Jsme Doma is licensed under a Attribution-NonCommercial-NoDerivatives (aka Music Sharing) 3.0 International License.