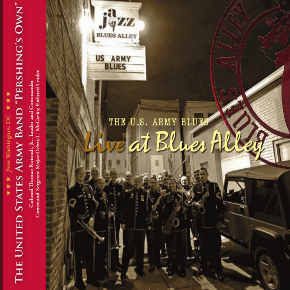 The U.S. Army Blues was officially formed in 1972 but has its roots back in 1942 as the Army Dance Band entertaining soldiers and civilians in battle zones during WWII. With appearances at jazz festivals from Monterey to Montreux, and jazz clubs from Birdland to Blues Alley, it has evolved into the leading jazz ensemble of the U.S. Army, and one of the few remaining full-time big bands in America today.

Special thanks to Harry Schnipper and the staff at Blues Alley; Greg Hartman and the crew at Big Mo Recording, Rockville, MD; Bob and Gloria Dawson and the staff at BIAS Studios, Springfield, VA; Lou Williams and the Washington, DC Department of Transportation