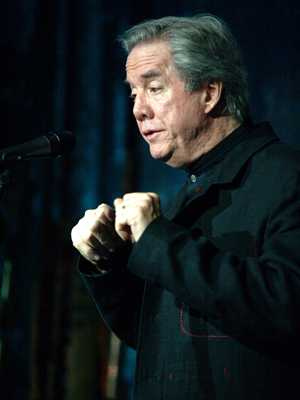 Conceptuality/Life/ Game of Universe: Individuality and Degrees of Freedom

This work was created for Thomas Buckner for his recital at Herbst Theatre in San Francisco and Roulette in New York in March, 2011. The baritone solo has been taken from Explorations in the Geometry of Thinking (1978-82) on texts by R. Buckminster Fuller, which uses excerpts from his magnum opus Synergetics. The voice solo is PART 5 – Conceptuality, Sections 8 - Life and Section 9a - Game of Universe: Individuality and Degrees of Freedom. The voice part is performed simultaneously with excerpts from Drums for 4-6 percussionists) (1977-81) and sections from There is Singularly Nothing (1971-73), performed on melodic instruments. The three separate works have been reconciled into one homogenous unit, thus creating an entirely new work that stands on its own.  - Petr Kotik, January 18, 2011