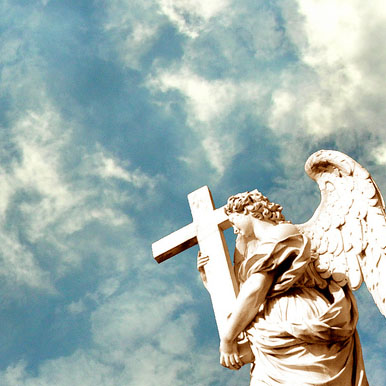 There is a very convenient myth that the greatest composers of the past were men whose genius cannot be reasonably accounted for. It is a seductive argument, if only because it encourages a clear and simple view of any musical age, in which its great composers stand our as isolated eruptions of genius. It also saves us the trouble of exploring the surrounding area where, for all we know, we will find only bluffs and impasses.

Convenient this myth may be, but there is no evidence that the great composers would themselves have subscribed to it. Take Bach, who evidently thought enough of Buxtehude’s music to walk 200 miles to Lubeck to hear him play: when we listen to Buxtehude, we see why Bach thought the journey so worthwhile. Then consider Palestrina, who was, until recently, the only name to be widely known from the circle of composers associated with the Vatican of the late Renaissance. True, Palestrina was evidently so uniquely esteemed that he held positions in both the Capella Sistina and the Capella Giulia of St. Peter’s, but as a composer he was far from isolated. Rome, as the centre of Christianity, acted as a fulcrum for church composers, and it is probable that Palestrina met Victoria and Lassus during their time spent in the city.

Yet it was not just foreign composers who influenced Palestrina. In particular, the name of Giovanni Animuccia seems virtually synonymous with that of Palestrina. Born in Florence in the early years of the sixteenth century, in 1555 he succeeded Palestrina (who was his junior by some 15 years) as maestro di capella at St. Peter’s, Rome. Animuccia held this position until his death in 1571, at which point Palestrina returned to St. Peter’s. Whether or not Animucica formally taught Palestrina is not known, but in their clear harmonic sense and close correlation of text and music, stylistically the two have much in common.

Animuccia’s Missa Victimae Paschali Laudes was published in Rome in 1567. The collection in which this mass appears claims that the music has been written “according to the stipulations of the Council of Trent” – in other words, with the Counter-Reformation ethics of simplicity and intelligibility to the fore. In fact, this six-part mass, which is chordal only fleetingly, could scarcely be described as a simple work. In one respect the Missa Victimae Paschali Laudes is sympathetic to the wishes of the Council, however, and that is in its dignified and serious style. It is based on the Easter sequence Victimae Paschali Laudes, a minor mode melody. Treated with a measure of freedom, the melody appears throughout the mass in one of the soprano lines, but by means of imitation, is referred to in all parts.

Despite the title of its theme, Animuccia’s Victimae Paschali Laudes could have been performed on virtually any day of the church’s year. However, its expansive style is perfectly suited to the lavishness of a major liturgical feast. On Easter Sunday, guns on the battlements of the Castel Sant Angelo announced the celebration of Mass in St. Peter’s. It is this context which we have recreated here to frame the music of two major figures of the age – Palestrina and Animuccia.

Recorded in Wellington Cathedral of St Paul in 1992

Sequence - Victimae Paschali Laudes by The Tudor Consort is licensed under a Attribution 3.0 International License.