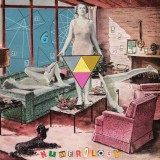 According to the Britannica Concise Encyclopedia "modern numerology attaches a series of digits to an inquirer's name and uses these, along with the date of birth, to reveal the person's true nature and prospects (using a method analogous to that of the Greek and Hebrew alphabets in which each letter also represented a number)." It also says that "numerology is based on the assertion by Pythagoras that all things can be expressed in numerical terms, because they are ultimately reducible to numbers." In his mystery school Pythagoras taught his students that nothing could exist without number, he believed that the foundation for almost all of philosophy, mathematics, astronomy, music and creative accomplishment could not exist without the divine organization of progression expressed in numbers. The scientific believe that numerology explains everything runs all the wayto Kepler, when the universal working assumption still was that God left his telephone number (as it were) in the workings of the heavens.

Well, you will probably ask, where does that leave us? Firmly in the past, I suppose, but still, only gather 2, 3, 4 and 5 together, and the mumbo-jumbo artists of the world will construct a theory, a conspiracy, or a piece of magic, that's where this compilation comes in: enjoy!

Bat bi hiru lau by The Ronnie Wibbley Orchestra is licensed under a Attribution-NonCommercial-ShareAlike 3.0 International License.