You came this way: Home > Jumpsuit Records > The Polish Ambassador > The Phantasmal Farm > When The Robo B-boys Just Kill It 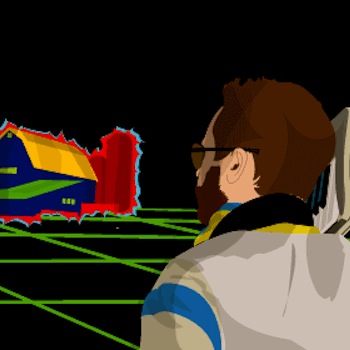 The sound palette of this early album by The Polish Ambassador is vastly different from that of his current, downtempo/cosmic hip-hop works. Highly energized and stacked with layers, these tunes teleport the listener into a primitive digital world composed of blocky, pixilated scenery. A continuous string of active melodies are transmitted via crude, vintage sine and square wave based synthesizers mixed with a tasteful lining of more developed and modern sound samples around the edges.

“Phantasmagoria,” is best described as a sequence of images haphazardly strung together, like that of a dream; a series of fantastic illusory mental scenarios. The Polish Ambassador’s 2007 album Phantasmal Farm is based on this concept in title and sound. The name of each track contains a descriptive caption that alludes to a different imaginative scenario, piecing together fragments in a chronicle of retro-future, electro sound.

When The Robo B-boys Just Kill It by The Polish Ambassador is licensed under a Attribution-Noncommercial-Share Alike 3.0 United States License.