Monsanto Fields/ code transistors and intermodal transport facilities up chicago way to oversized flatlands building advertisements, nostalgia from these bits and pieces of ohio by The Fucked Up Beat 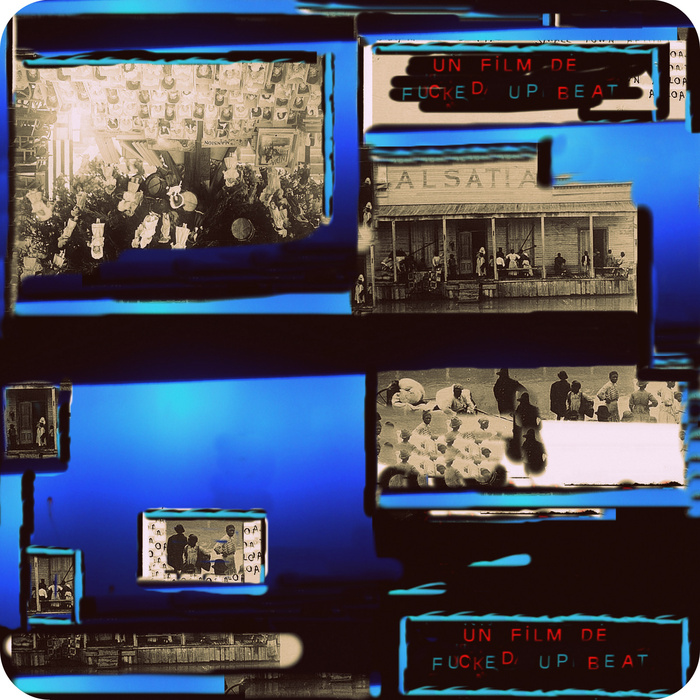 LANDSCAPE RIOTS/ MONSANTO FIELDS/ ARRYTHMIA a couple traveling next to me. binoculars. notebooks. guidebooks. patched vests. nothing electronic. they are traveling. to hide it. she whispers. i paraphrase. we both have cancer. we're both going to die. soon. we just wanted to see the sights. soon. no need to worry. son the far off grain elevators. funeral dirge approximations. logistics. china supply. sullen. slowly clicking west. evergreen. swift. glory. these bits and pieces of ohio. in montana drought. modern railways. obesity. sticky clothes. plastic shopping bags or sweating missouri heat. holes in our sides. i can eat. surrogate mothers. sad can of tomato soup. my taco bell. my american idol. my styrofoam cup face. spent. not my taco bell. not my american idol. not my styrofoam cup. face. weekly checkups: worse and worse. this is as close as i'll get. animal spectacle. suffer. only meat or masculinity. sufferbeast usa. children. hallucination. carnival rides. nostalgia from. cotton candy. this cage. our midwest. excavating flatland. cameras zoom. to cow birth stations. to maintain normal. everything here is a commodity. soon. the magic race. the wealthy hour. health issues. family issues. corn fields. subdivisions. heat. boredom. a fly circling a light on a porch flourescent moons i prefer garage then stone then front door filtering. out. from columbus cincy cleveland. code transistors and data centers. intermodal transport facilities. up. chicago. oversized building advertisements. the ohio exterminator company. regional aesthetics. washed up in chicago. our highway vision. dromocracy. cicero. flatlands. infrastructure and language. the gatekeeper. chicago the articulate. vital. chipping teeth on other teeth. brown rot patches. traces. dead. falls. fields plowed under trailer park frost. the pond next to the highway next to the dip. sinkholes. erosion and flood. farmhouse decay. industrial combine chewing up the mile. tom raper rv monsanto fields. only monsanto fields. alight stand inside the city center mall in columbus while it's being demolished in 2009. breathe in the dust of your childhood. the chain bookstore. the cinnabon. the chain cd store. lament the decline of capitalism at this locale. lament the growth of capitalism out of its ashes. leave on a pilgrimage. follow the water from ohio to new orleans. swim in every river you cross. every nearby lake. eventually the gulf of mexico. loving pollution. march in a funeral dirge in new orleans. sleepwalk. breathe in the air. remember your mother. sing "come back to new orleans" with the lower ninth ward. the river will connect to the memory. it might not. crawl to joplin missouri. romance the city. breathe in the stories of devastation. the black mold in the rubble. explain your own devestation. present to the town. in a general assembly. a project called the great tornado hunt. recruit whoever wants to join you to chase down a tornado, blow it up with dynamite. this should be as heroic and futile as possible. this might replace the trauma. it might not. take your grandmother's watch out to a dry lake bed. at one of the old nuclear test sites. set it on top a case of dynamite. rupture the frozen time out of the watch. into a million new trajectories. it may create a new monument. releasing you from two interlaced traumas and black holes that have spun their way into your psyche. into the landscape. an eye for an eye. arrythmia. disruption. it might not. maybe not.

Monsanto Fields/ code transistors and intermodal transport facilities up chicago way to oversized flatlands building advertisements, nostalgia from these bits and pieces of ohio by The Fucked Up Beat is licensed under a Attribution-ShareAlike 3.0 International License.
Based on a work at http://thefuckedupbeat.bandcamp.com/album/arrythmia-ep
Permissions beyond the scope of this license may be available at http://thefuckedupbeat.bandcamp.com/album/arrythmia-ep or contact artist via email.
COMPOSER: Eddie Palmer