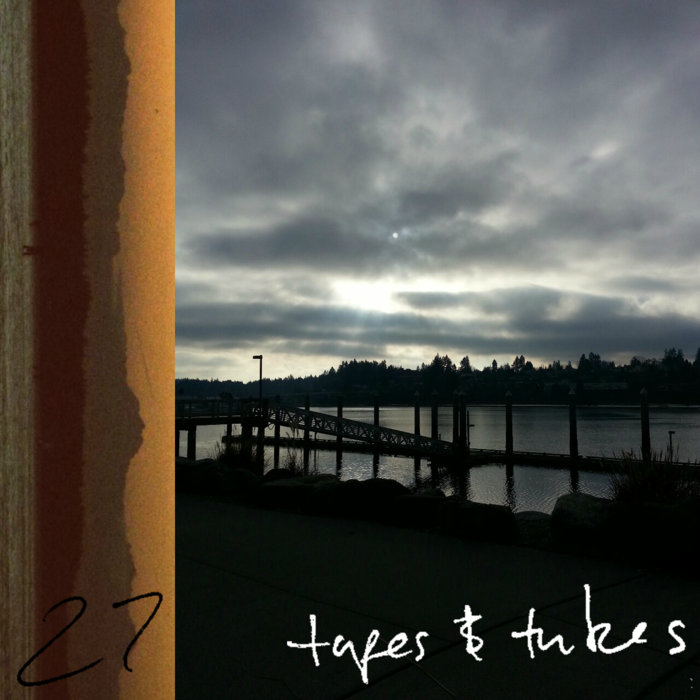 On a pretty little cassette comes this gem. It’s a blend of folk, rock and folk rock with hints of electronic, blues and psyche. Soft lyrics caress the soft guitars, keys and atmospheres. The spoken word track at the end of Side-A really caught me by surprise. It’s a nice poetic story that kind of reminds me of my own town. The tape as a whole is brilliant. It certainly captures my imagination and glues me in. Can’t wait for the next release! (4.9 out of 5)

-Tuning Into The Obscure

…Tapes & Tubes does a fantastic job of capturing that West Coast indie/folk analogue vibe. It’s almost as if the listener is sitting next to a lake in the middle of Washington chilling next to a fire… wearing full flannel of course. The tape sounds like one might expect from an indie singer songwriter, but is defiantly on the great side of the home studio expectation. The sound almost seems to transport the listener to the artist’s world, as if both were in a Washington lakeside cabin…

This music epitomizes what DIY is all about.

Hazy, dreamy, lo-fi pop that occasionally reminds you of an older Yo La Tengo. Warm and comfortable instrumentation, lazy and droning vocals.

(This) Poppy, lush album feels like you’re on a walk with a couple friends on a Sunday morning, in a pretty darn good mood, and one of them is whispering a secret to you.

…His (Austin Potter/Tapes & Tubes ) DIY recording of the lo-fi, dreamy, hazy pop song, “Salad Days,” reminds us of American Analog Set and in other areas of the album of My Bloody Valentine, specially on the track, “My Own America,” which is reminiscent of the droning vocal layering MBV’s Kevin Shields used on the band’s classic album, Loveless…

…Olympia’s Austin Potter, performing under the moniker Tapes & Tubes, knows how to create atmosphere. Lo-Fi production can really be hit or miss. Oftentimes, it just comes out noisy or amateurish. Potter, however, tastefully uses the style to create a sense of warmth and comfort…