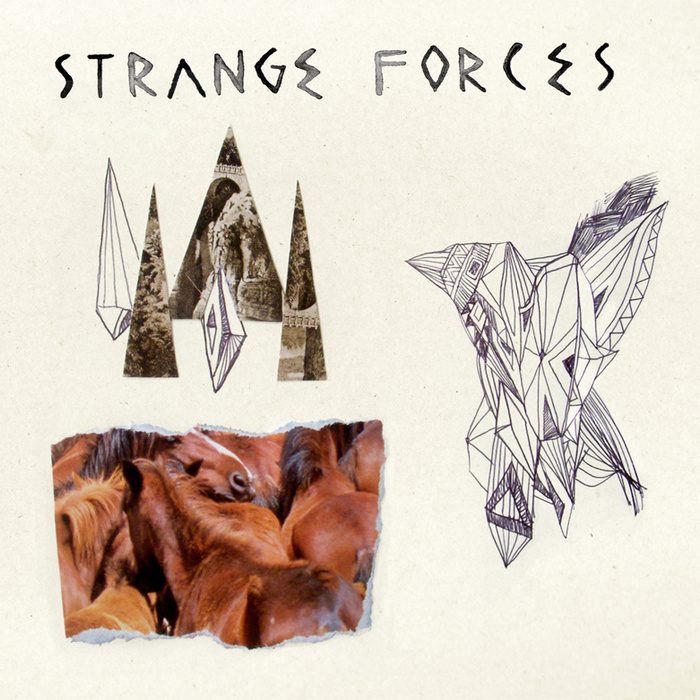 "Rattling, monstrous invocations of acid-rock breakdowns both mental and musical ... The Old Ones would be proud.” — 20jazzfunkgreats.co.uk

Four years ago, the members of Strange Forces left the balmy climes of Brisbane for the dead centre of Europe, carrying a head-full of ideas and aspirations, seeking a pathway to enlightenment in the metropolis of Berlin.

Taking their cues from a montage of inspirational devices – from Spacerock to obscure New-Age Prophecies – Strange Forces’ diligence and determination has paid off in unpredictable ways. They have carefully eschewed the usual tropes found in Australia’s revered guitar-bass-drums set-up and, remarkably, found something altogether new and dynamic within such confines, delivering a washed out lo-fi psychedelic experience that bristles with ancient power.

Their northern exposure has given them the opportunity to support spiritual kinsmen Mogwai in 2011 and to take their multi-dimensional tableau to the good people of Eastern Europe in a unique Ukranian tour (documented via their ‘Hypervisions’ online video series).

For this New Editions release, their self-released debut EP has been augmented with additional tracks originally found on a limited cassette ‘Spores’, released by Los Angeles tape label, Living Tapes.

Midnight Plumage by Strange Forces is licensed under a Attribution-NonCommercial-NoDerivatives (aka Music Sharing) 3.0 International License.