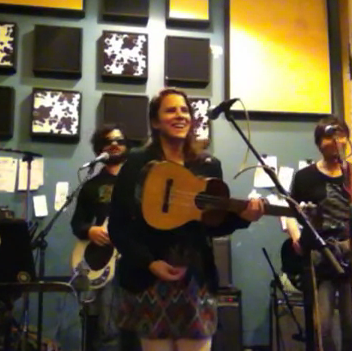 Colombian-based singer and songwriter Sol Okarina was born in Guayana, Venezuela, where the Orinoco and Caroni rivers converge - a spectacular setting that left an indelible mark on her music and lyrics. She also continues to play her childhood instrument, the Venezuelan cuatro, a diminutive member of the guitar family.

Sol Okarina blends those deep-rooted elements into her engaging modern mix of indie rock, cumbia, Caribbean and South American sounds and African-influenced champeta on her impressive debut album Sumergible - and with her band live in WFMU's Studio.

Video of some of the song and chat's from tonight's session can be seen here: http://www.youtube.com/solokarina