You came this way: Home > Sláinte > Sláinte Mohr > Star of the County Down with Tacoma Youth Chorus


Star of the County Down with Tacoma Youth Chorus by Sláinte 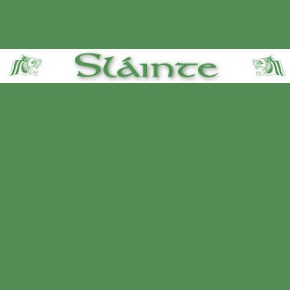 This six-song collection of bonus material from Sláinte (slawn-cha), Gaelic for "cheers" or "good health," includes four cuts of live performances with choirs and two of mp3.com only tracks.

Sláinte was an early success in Internet music sharing. They were one of the most downloaded artists on the original mp3.com, which was then a major site for free and legal music downloads.

The Free Music Archive also hosts the first historic album from Sláinte that made the case for free sharing of music online, as well as their final album, Cup of Tea.

Star of the County Down with Tacoma Youth Chorus by Sláinte is licensed under a Attribution-Share Alike 3.0 United States License.