You came this way: Home > Schemawound > My Time As A Rat - Szczur… > Perscription06 (Someone Cut A Hole In The Ground B… 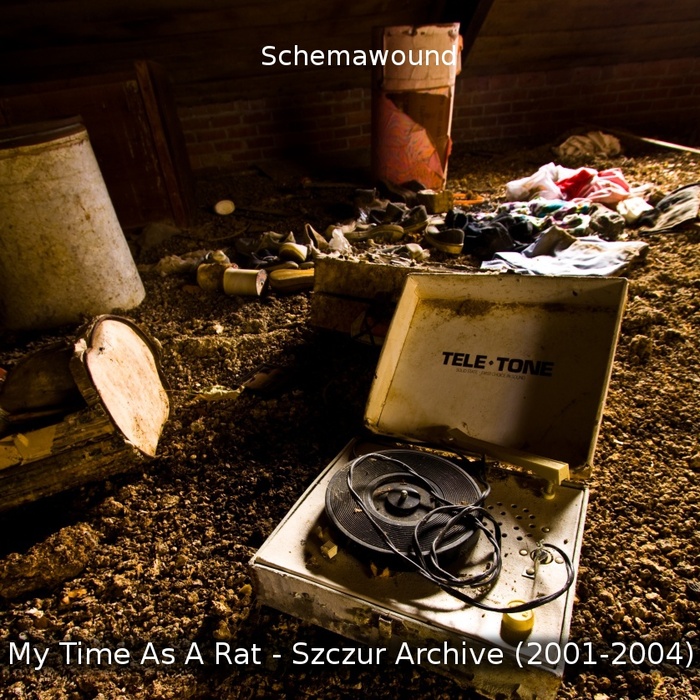 My Time As A Rat collects the recordings of my previous project entitled Szczur. The project was based around manipulations of the human voice. These were mostly sourced from answering machine messages, recorded phone calls and discarded vocal takes.

While some of this material is a decade old at the time of this release I still feel that it is some of my most intriguing. Regrettably I never properly promoted the material at the time of original release and it is unlikely more then a handful of people have heard it. I have decided to re-release it under my Schemawound moniker to attempt to give these tracks a new lease on life.

Track 18 is a remix I did for the band Scission. It has never been previously released.

Perscription06 (Someone Cut A Hole In The Ground Beneath Me) by Schemawound is licensed under a Attribution-Noncommercial 3.0 United States License.
For more permissions:
contact artist