You came this way: Home > Spettro Rec > Salomé Lego Playset > So Much Was Lost In The P… > Humanity and Paper Balloons 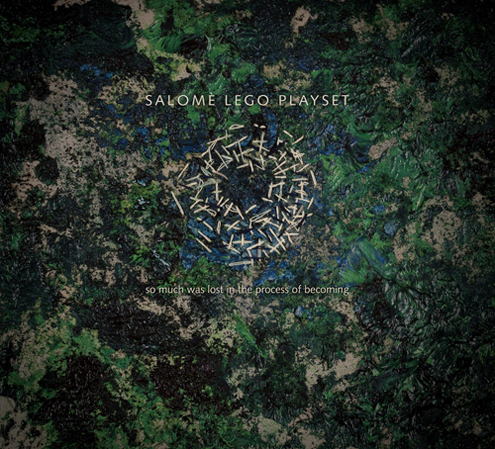 bologna, becoming, death, dark folk, post-rock, italy, perla degli esposti, pain, ambient, noise, spettro records, alberto cavallone, process, neo folk, experimental, soundtrack, electroacoustic, See Less...
» LOG IN TO TAG
Released:November 11th, 2011
GENRES:
Length:00:53:50
Label:Spettro Rec
In a fate which has long been chosen, so much gets lost in the inevitable process of becoming. A becoming through ascension and descent, through falling and rising, but nonetheless a becoming which in its own processuality foresees the sacrifice of everything which is before, of everything that had been and of everything that will ever be (Heimarmene). The animal is born to die, a fate is given upon him, which he will never be aware of (L'Animale Morente), the self lies suspended like a paper balloon in thin air, fragile in the wind, doomed to decay (Humanity And Paper Balloons). Existence as a fountain (The Fountain), which does nothing but erupt and flow, within a short circuit from which it will never escape, but which feeds us and extinguishes our thirsts, showing us illusions of grace. The Gorge of a liquid that flows endless, only to sink deeper and deeper in its spyres, the sweet slaughtering of everything we love (Dolce Mattatoio), the endless wake for something to change, enclosed in fortresses of an useless and infinite desert (Il Deserto e Le Fortezze).