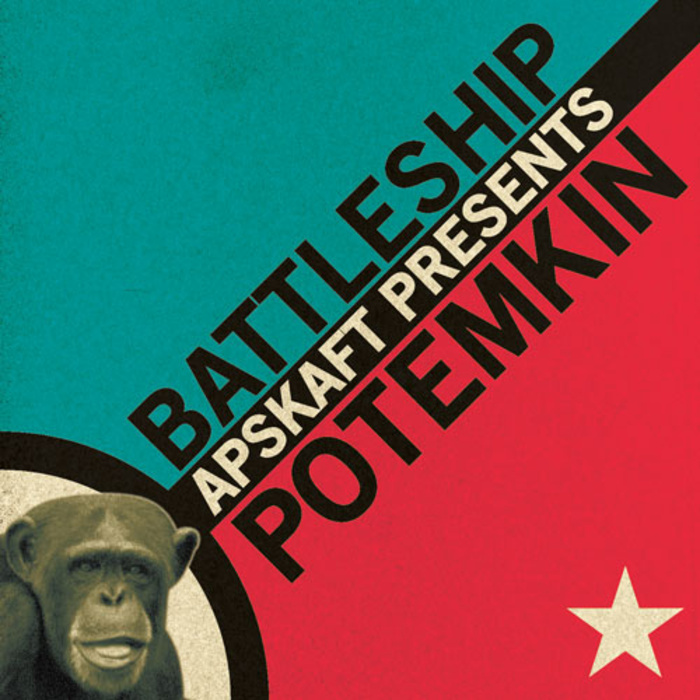 Members of the international avant-garde collective Apskaft worked together to create a soundtrack for Battleship Potemkin, one of the most important films of all time.

Battleship Potemkin (Russian: Броненосец «Потёмкин», Bronenosets Potyomkin) is a 1925 silent film directed by genius filmmaker Sergei Eisenstein and produced by Mosfilm. It presents a dramatized version of the 1905 mutiny when the crew of the Russian battleship Potemkin rebelled against their officers of the Tsarist regime.

Battleship Potemkin [IMDB] is considered one of the most important silent films and one of the most influential propaganda films of all time, and was named the greatest film of all time at the Brussels World's Fair in 1958. The film continues to be a standard in film courses for Eisenstein's emphasis on montage, his depictions of violence, his stress of intellectual contact, and his treatment of the mass instead of the individual as the protagonist.

Each scene of the film was scored by Apskaft artists and can be viewed with the full-length film at the Internet Archive. An Apskafters e-magazine also accompanies the release of this soundtrack.

Following morning - The wormed meat by Res Band is licensed under a Attribution-NonCommercial-ShareAlike 3.0 International License.