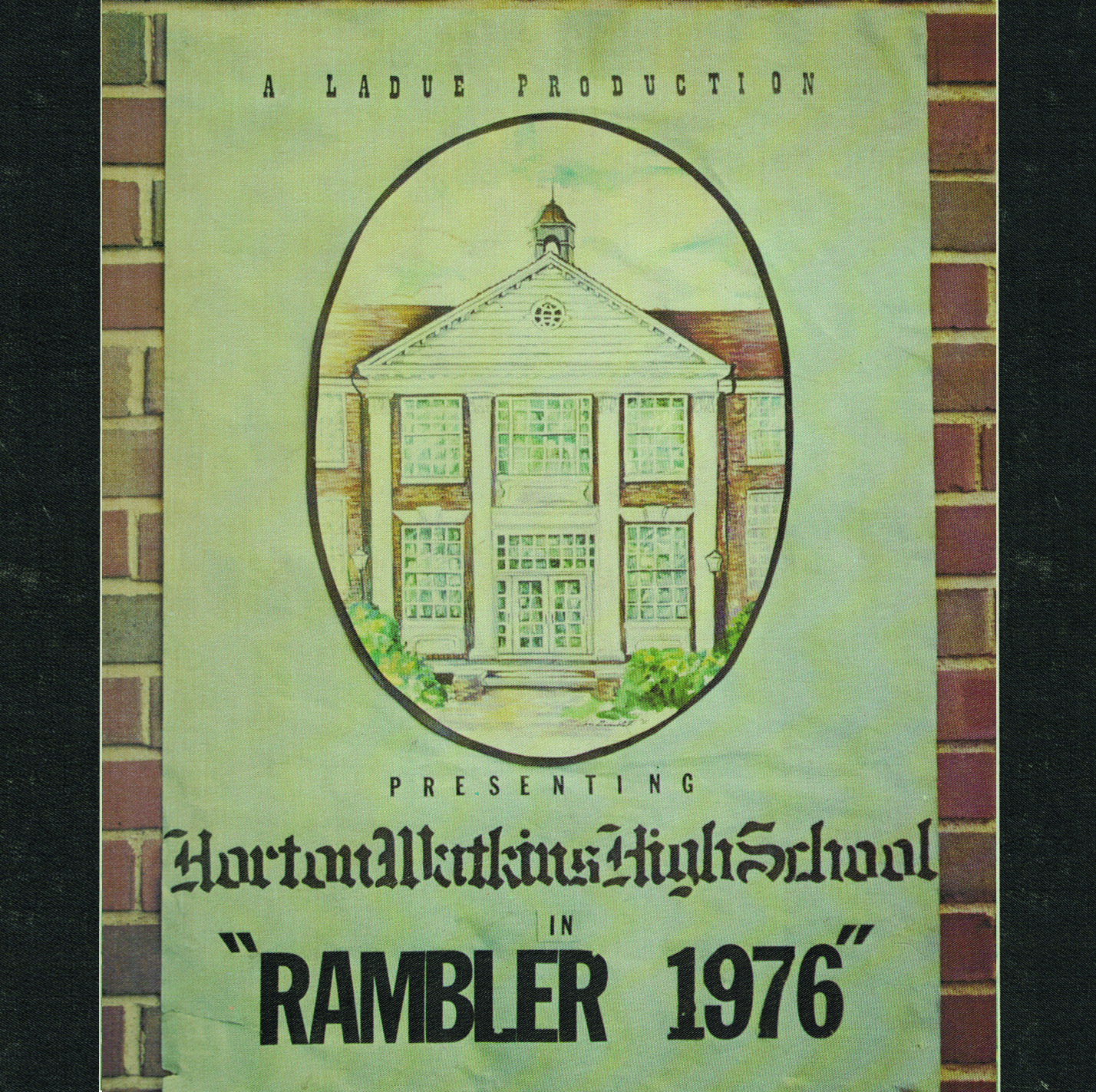 It was roughly 2009/10 when I discovered my mother’s high school yearbook, 1976 Ladue Horton Watkins high school in St.Louis, whose mascot was the Rambler, a school I had actually visited during its 20 years reunion back when I was a kid. The photos talked about a different time, a time when my mother and aunt were young and beautiful women about to step into a precocious adulthood nobody would prepare them for. A world and a time difficult to see other than in the black & white mimeograph sepia dye its yearbook pages had turned into. I can see the yearbook club busily at work to finish the tome on time for its thousands of students, as in some Simpsons episode I once saw. Each student’s photo had a different personalized caption: some were quotes by great thinkers and the like, some funny, some trying to be witty but resulting in awkward resolutions for the forbidden future. My mother was graduating, what would be one of her last years in the States before moving back to Italy, a move she deeply regretted. U.S.A. was then made into some sort of utopian idyllic Eden in which to take shelter when times would get hard, as they would always do, and I do the same, 30 years later, with my too short year in Japan, a time I could never repeat in youthfulness, naivety, beauty and intensity. School clubs would boast their yearly achievements, charts of the most likely to succeed, best in sports, most zealous and such were made. Sports accomplishments, trophies and victories were proudly reported. My mother used to do athletics and jump hurdles and anyway every sport and team and club had its years of work and wonders to celebrate. The yearbook was in fact a celebration most of all, of life, of a like everyone was soon to step out of to enter a great unknown, the future. This fascination of mine with this yearbook came because none of this exists in Italy, and so far I had only seen it in shows on TV. My mother’s youth was so distant to me, unable at the time to even understand she had been so young and hopeful too, or surely more than I ever was and ever would be. I, as SLP, had already tried turning my love and care for my family’s past into music, cherishing it as best and honestly as I could, with “Structures Anthropologiques de l’Imaginaire de Familie” (http://freemusicarchive.org/…/Structures_Anthropologiques_…/). This time Mister Drey, who is now promoting its first trap single with Triple D Momo Squad and inaugurating a new chapter of his life and music expression, did most of the work, helping me sort out what I had in mind, and mostly felt, helped by dear friends and amazing musicians Susanna Laterza and Elia Dalla Casa. “Rambler 1976″ is a profoundly imperfect album, full of flaws, all of them because of me and my musical ineptitude. It’s also old, as almost 7 years have passed since its completion. But it’s also an album I’m proud of, beautiful in its own unique way, and the best I could do to tell the stories inspired by the festive, loud, clumsy, hopeful, beautiful and innocent spring of youth that yearbook captures. I will once again resort to the dedication I did for “Structures Anthropologiques de l’Imaginaire de Familie”.

“You are all in my heart. I owe you my being. I dedicate this to:my mother, my father, Giorgio and Lalla, Santo and Anna Maria, Floriano, Simonetta, Chiara, Regina and Luca. Alex, Jeff and Stefania, Andrea and Monica, Mary, Elsie and Billy Boy, to my friends, to my band Salomè, Michele, Marisa, Sonia, to those who have been here and to those who will be, to my animal companions, to all who have been near me and that have raised me. A hug.”

P.S.: none of the stories herein are true, they are all free inspirations drawn from that time. All faces are blurred in the artwork. I hope this won’t cause and harm but only joy and an occasional tear of affection.

Susanna Laterza appears in "You're My Only Soul" and "Forced Into A Perilous Protection".

Elia Dalla Casa in You're My Only Soul", "Forced Into A Perilous Protection", "Wir Sind Unschuldig", "For Nothing Grows Old As Death Does", "Angela Davis" and "The Autumn Is The Season Of Love".

Derek Dick Decio appears in "And As I Woke Up Everything Was Gone".

» VIEW ALL“You're My Only Soul” Fans

You're My Only Soul by Rambler 1976 is licensed under a Creative Commons Attribution-NonCommercial-NoDerivatives 4.0 License.
For more permissions:
contact artist