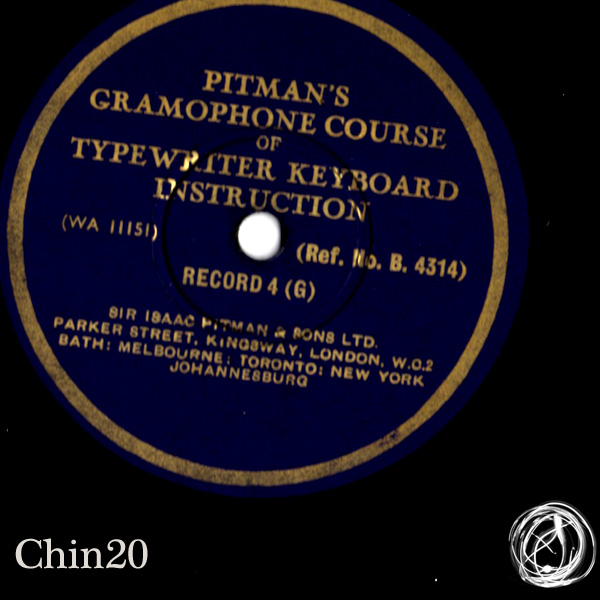 An amazing slice of unintentional avant-garde, minimalism before minimalism, and a kind of motorik version of light orchestral music.A bizarre audio course for fluency in typing, this recording, which comes from the first decades of the 20th century, consists principally of what can only be described as an unrelenting click track of various tempi, over which an orchestral ensemble plays rigid and tightly locked in versions of popular classical music, occasionally interjected by a tersely voiced narrator repeating the phrase "Carriage Return".

Part Six by Pitman's Gramophone Course of is licensed under a Attribution-NonCommercial-ShareAlike 3.0 International License.