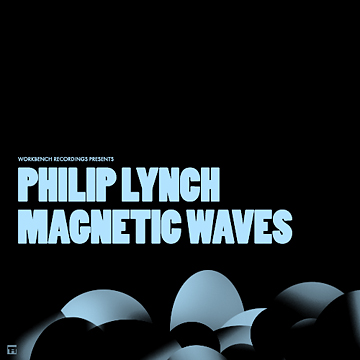 "Astronomers using radio telescopes from around the world have discovered a spinning neutron star with a superpowerful magnetic field -- called a magnetar -- doing things no magnetar has been seen to do before. The strange behavior has forced them to scrap previous theories about radio pulsars and promises to give new insights on the physics behind these extreme objects." -- universetoday.com

I read something about neutron stars and magnetic waves, and began to wonder about the bizarre occurrence (maybe merely coincidental) of my friends experiencing bad days or weird days separately but concurrently. People travel in orbits -- circles of family, circles of co-workers, circles of friends -- sometimes intersecting and overlapping and sometimes never meeting. But even if my orbits never cross, can I be a conduit of weird synchronicity between strangers? I don't believe in auras or anything but I do believe that there are chemical occurrences between people. What if the universe was simply one body reacting to another? What draws us together? What separates us? Why do friends of friends experience such similar days?

In the realm of attraction and repulsion what separates humans often is prejudice. In the cosmos there's gravity, distance, and violent change like stars going supernova. In writing this tune I wanted to capture a supernova in a mere observance. I wanted to connect the enormity of the night sky to inconsequential moments here on earth. I don't think I was successful but I dig dreaming big.

Some other things from the song: In New York City and probably a lot of cities, there are sneakers or shoes hanging from telephone wires. What is this athletic custom of shoe disposal? Superstition? Good luck? Were they tossed up there by some bully jerk? A sign that a dealer would roll by if you stuck around? The wires carry their private electric communications, and the shoes are sending signals too.

Fireflies were (and probably still are) magical to me. At a certain age anything with "fire" in it held a special place in my heart. Stars are suns, fires in the sky, and fireflies were small floating stars at the edge of the woods towards the end of summer. Then there are the stars you see when hit hard in the face by a baseball or a punch -- weird little lights before the recognition of the hurt. Maybe they're like magnetars, spinning wildly, spitting radio waves: more strange fires, filling some pause for recognition in the universe.

The grand history in the sky shows up our time on Earth. Time is short, not to the universe, but between people. In the end, this is how I tried to express it:

Description
Philip and I have worked on a lot of his songs together over the past few years. Of the six recordings released so far, "Magnetic Waves" was by far the hardest to complete. I couldn't find the right idea, and looked for it until I determined that I couldn't find it because the song didn't need another one -- except for the instrumental break (at 2:02). That did need something. On the road to a finished recording, there are perilous detours. This is an example of one I took on my way to the end of the instrumental break. It was the last idea I tried before coming up with the one that's in the final mix -- a case of missing the forest for the trees, as you'll hear. I spent some time on it fiddling with the guitar sound and trying to get a good take. After maybe a couple hours of tight focus on the 15 second spot, I had completely forgotten that there was a song before, and after it. When I got a take I liked, and finally listened back to it in context -- yikes -- it was like getting squirted with a water gun. Guitarmageddon. Right, so the part was all wrong, but I wasn't ready to let go of it immediately, and spent some time tilting my head at the speakers to see if I was maybe just hearing it wrong. But no, "Magnetic Waves" was not a song that called for obscene guitar heroics -- and where the hell did that come from, anyway? I finally admitted it was a dead end and got back on track. A few hours' break and the right idea came easily. Here, for your enjoyment, and to serve as a warning of the subtle dangers of the recording studio, I give you 30 seconds of an earlier, burlier version of "Magnetic Waves". -- James Beaudreau
Date Recorded
Jun 30, 2010
Instrumental
Yes
Explicit Notes
null
Bit Rate
218606
Genres
Rock, Experimental Pop