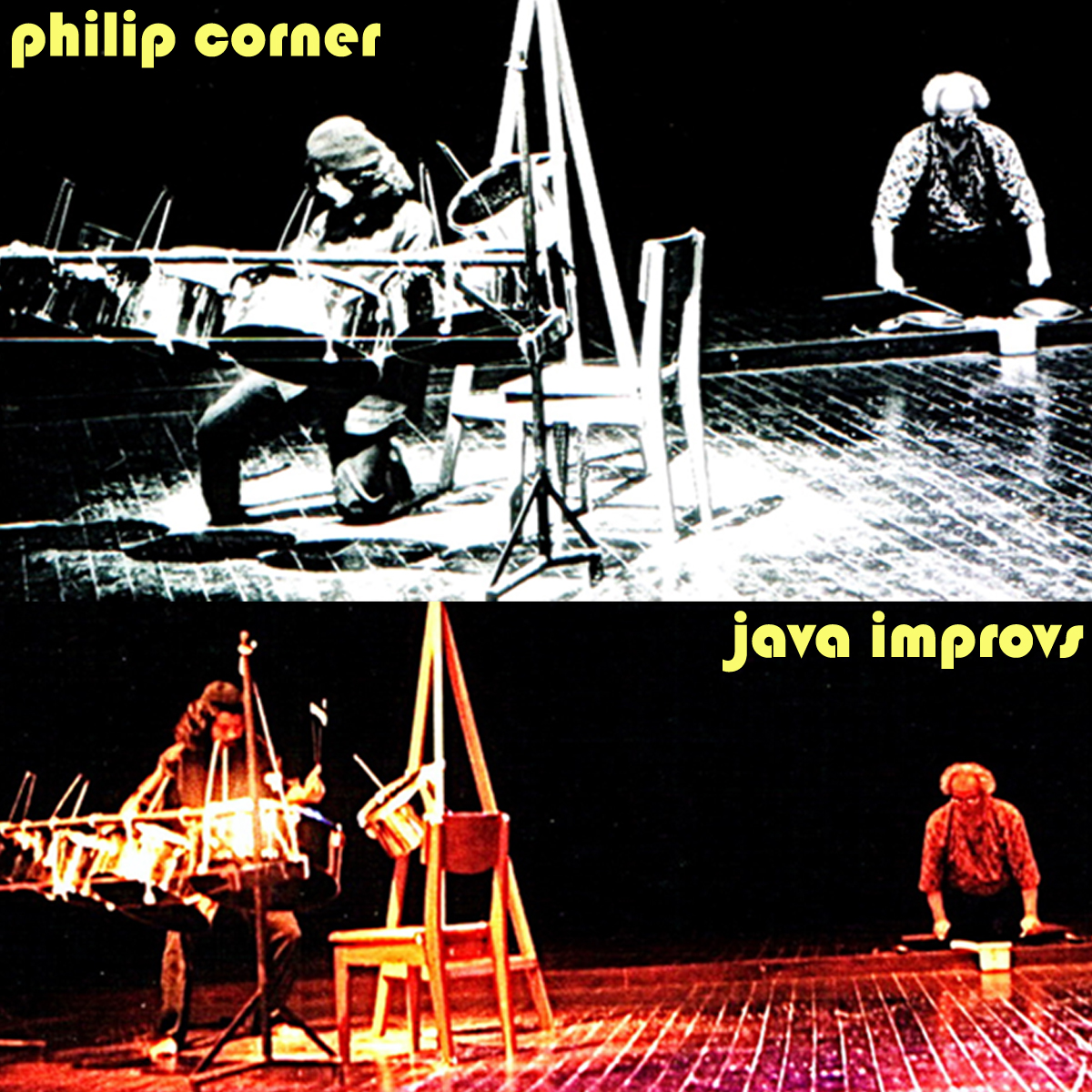 philip corner’s second album for pan y rosas, java improvs, is a box set that collects eight improvisations that were recorded over the course of a year during his travels in indonesia. from philip:

Surely what drew me to Indonesia was the gamelan. A connection through years of practice with the New York new-music group “Son Of Lion.” And there I met three marvelous musicians and played with them, drawn together by shared mind-in-the-moment music making – the only way it becomes an “universal language.”

Gong/Body/Voice July 12, 1996 by Philip Corner and Restu Kusumaningrum is licensed under a Attribution-NonCommercial-NoDerivatives (aka Music Sharing) 3.0 International License.