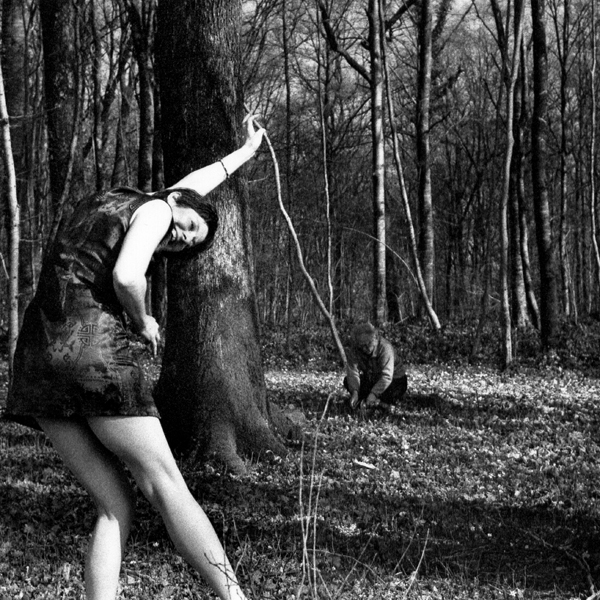 Already in the 60s the Gong had sucked me into its vibrations. I owe it to my students (New Lincoln High School, New York; class in “Experimental Music”). The flat gong gives a spectrum of Dense Vibrations which would be called dissonant if they were not the essence of harmony. All you need to do is listen! (no need even for an electronic studio)—but i already knew that since i worked with Richard Maxfield but had to tell him “I am to do it with the Instruments.”

Add the Ear… and you have the kind of Total Attention which feeds the Whole Body. Feeds back to the whole body physically while hearing goes to another body that is Dance. And the sight of hearing turns back to the Gestures of Sounding. And so on.

avec valentine – a gong/ear in grenoble i and ii – recorded in 1993 with valentine verhaeghe. tam-tam, temple blocks, eventually rattle, other percussion, rain in the background. the piano at the beginning of part i is from louis couperin.

la cloche aux bois i by Philip Corner is licensed under a Attribution-NonCommercial-NoDerivatives (aka Music Sharing) 3.0 International License.